Saskatchewan convicted killer gets less than a year for terrorizing Filipino

Saskatchewan convicted killer gets less than a year for terrorizing Filipino 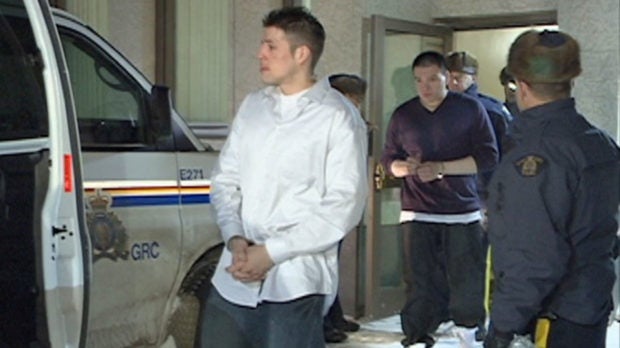 An unnamed Filipino became so afraid of Ronald Zerr (in white shirt) that he moved out of Saskatchewan province in Canada. CBC PHOTO

REGINA, Saskatchewan – A provincial court sentenced Ronald Devin Zerr, 32, less than a year in jail in a case where an unnamed Filipino man was so terrified by Zerr that he moved out of the province and left the brother who sponsored his immigration to Canada.

Zerr has a 30-conviction-deep record with six for violence, one of which was a manslaughter, but has never served a penitentiary sentence, according to a report by Leader-Post.

The Filipino complainant alleged that Zerr, who had become an acquaintance, was with him and a group of friends for a night of drinking and meth use.

Later, Zerr allegedly gave him a ride but later started repeatedly punching, kicking and threatening to kill him. The complainant said he was only able to get away from Zerr when the latter stopped for gas.

Crown prosecutor Randene Zielke argued for a sentence of up to four years but Regina Provincial Court Judge James Rybchuk decided on a 30-month sentence less remand credit, giving Zerr approximately one year, 11 months, one month shy of a federal term. Zerr’s jail term is to be followed by 18 months’ probation. He is also barred from contacting the complainant.

In 2012, Zerr avoided nine-year manslaughter sentence for his role in the February 2008 stabbing death of Albert Conrad Lowenberger, because of double remand credit that covered the entire prison term.

Rybchuk noted Zerr suffered intergenerational trauma as an indigenous man and had tried to rehabilitate himself after the manslaughter conviction, including training in carpentry and construction. He managed to get custody of his young son in 2017 but, in 2018, developed an addiction to meth, which Zerr blamed for his latest offenses of unlawful confinement, assault and theft.