The data-collection business model fueling Facebook and Google represents a threat to human rights around the world, Amnesty International said in a report Wednesday.

The organization argued that offering people free online services and then using information about them to target money-making ads imperils a gamut of rights including freedom of opinion and expression.

“Despite the real value of the services they provide, Google and Facebook’s platforms come at a systemic cost,” Amnesty said in its report, “Surveillance Giants.”

Got to love how, in response to @amnesty's report all the "action", "improvements" and "fundamental changes" @facebook are seeking praise for are in response to problems they have explicity created.https://t.co/3SmzK9S08x

“The companies’ surveillance-based business model forces people to make a Faustian bargain, whereby they are only able to enjoy their human rights online by submitting to a system predicated on human rights abuse.”

With ubiquitous surveillance, the two online giants are able to collect massive amounts of data that may be used against their customers, according to the London-based human rights group.

The business model is “inherently incompatible with the right to privacy,” Amnesty contended.

The report maintained that the two Silicon Valley firms have established “near-total dominance over the primary channels through which people connect and engage with the online world,” giving them unprecedented power over people’s lives.

“Their insidious control of our digital lives undermines the very essence of privacy and is one of the defining human rights challenges of our era.”

The report called for governments to implement policies that ensure access to online services while protecting user privacy.

“Governments have an obligation to protect people from human rights abuses by corporations,” Amnesty maintained.

“But for the past two decades, technology companies have been largely left to self-regulate.”

Facebook pushed back against what it contended were inaccuracies in the report, saying it strongly disagreed with its business model being characterized as surveillance-based. 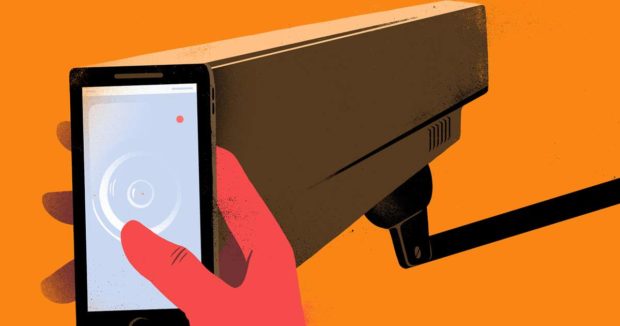 “Our business model is what allows us to offer an important service where people can exercise foundational human rights — to have a voice (freedom of expression) and be able to connect (freedom of association and assembly),” said a letter from Facebook privacy and public policy director Steve Satterfield in an annex to the Amnesty report.

“Facebook’s business model is not, as your summary suggests, driven by the collection of data about people.”

Facebook spotlighted its measures implemented which limit data information used for ad targeting; controls provided to users regarding their data; and steps taken to restrict abuses by apps on the social network.

“As you correctly note, we do not sell data; we sell ads,” Facebook said.

Facebook chief and co-founder Mark Zuckerberg has called for governments to implement uniform rules regarding data-handling instead of leaving private companies to make crucial social decisions such as the limits of free speech.

Google did not offer a specific written response.

But the Amnesty report noted that Google announced this month it would limit data that it shares with advertisers through its ad auction platform, following the launch of an inquiry by the Irish data protection authority and had launched a new feature allowing users to delete location data.