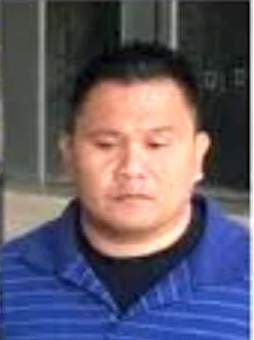 HONOLULU — A Honolulu police officer is expected to plead guilty to depriving a homeless man of his civil rights by forcing him to lick a public urinal.

John Rabago plans to plead guilty to an indictment because he wants to accept responsibility, his attorney, Megan Kau, told The Associated Press on Tuesday.

Court records show a change-of-plea hearing is scheduled for Dec. 16.

Rabago’s co-defendant pleaded guilty in September to failing to report that Rabago forced the man to lick the urinal in January, and that it wasn’t the first time. (Both are Filipino American police officers—Ed.)

Rabago, who remains on restricted duty, and Reginald Ramones, who left the department in August, were arrested and charged earlier this year with conspiring to deprive a man of his civil rights.

As part of a deal with prosecutors, Ramones in September pleaded guilty to a lesser charge that he knew Rabago committed a civil rights violation but didn’t inform authorities about it.

The homeless man feared he would be arrested and reluctantly obeyed Rabago’s orders, according to Ramones’ plea agreement. Rabago had previously threatened another man he was questioning by saying he wouldn’t be arrested if he stuck his head in a toilet, the document said.

Ramones said in court that Rabago persuaded him not to tell authorities what happened in the public bathroom and to delete their text messages about it.

Rabago told him to say he was joking when he talked about making the man lick the urinal, Ramones said.

“The question is, are they going to get special treatment,” Breiner said. “My concern is that law enforcement tends to receive much lighter sentences than non-law enforcement.”