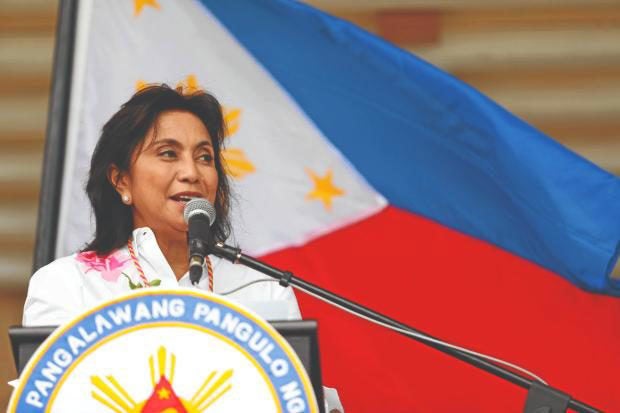 The news swept the Philippine landscape like a bagyo, a harbinger of destruction. But it also meant rain, something the parched land needed to reinvigorate itself.

Sick of criticism at home and rankled by pressure from abroad, the ailing President Duterte reluctantly admitted that his campaign against drugs was a disaster. What was envisioned as a 3-6-month blitzkrieg had instead dragged on in the wake of at least 20,000, some say 30,000 deaths, predominantly in poverty-stricken communities. The exhilarating promise that had catapulted Duterte to the presidency had evolved into a limp fist bump.

So, the President offered the position of drug tsar to Vice-President Leni Robredo, whose articulate criticism of extrajudicial killings appeared to get traction. Malacanang claimed that the presidential offer was an olive branch. To many however, the offer was simply a gambit. Fans of the President after all revere him as a political chess strategist. Not in the league perhaps of Florencio Campomanes or Eugene Torre, but there it was, a classic chess move intended to risk a minor setback (a soapbox for an otherwise marginalized government official) in order to expose her political naivete.

While tsar or czar means supreme ruler or emperor, a Slavonic derivative from the Latin Caesar, and used in modern day politics to designate a position of full authority over a government agency, the actual position offered to Robredo was co-chair of the Inter-Agency Committee on Anti-Illegal Drugs (ICAD), a position she would share with Philippine Drug Enforcement Agency Director General Aaron Aquino. Hardly a position akin to that of Peter the Great.

Nonetheless, the unexpected turn of events did not deter the presidential spokesman from proclaiming the magnanimous offer as a “ladder to the presidency,” an opportunity for Robredo to demonstrate what she could do for the country, even while imprisoned anti-government critic Senator Leila de Lima called it for what it was, a “silly trap.”

If Robredo accepted the position, many of her supporters expected that the embattled Vice President, who at the outset had been expelled from cabinet meetings and then subjected to frivolous election protests, would only render herself vulnerable to potentially lethal political firepower. With zero guarantee of support from Malacanang and wielding only half the authority, the VP was set up for failure, to be branded as all talk and no substance. In fact, Cayetano, Bato, Go and company promptly joined the peanut gallery. Furthermore, as a vested member of the faltering Presidential team, Robredo would now become a subject of the United Nations investigation which she had publicly encouraged.

It was a win-win for Malacanang. Muffle the Vice President’s criticism and bring her aboard a sinking ship.  Trolls went into taunting mode, as critics dared Robredo to accept the offer. They could hardly relish the thought of her walking straight into the lion’s den. And if Robredo refused, they could promptly label her a coward. With one brilliant stroke, Robredo’s credibility and political future were kaput.

Well, against the advice of friends and those wary of the gambit, Robredo called the bluff.  And Malacanang inhabitants, like the smirking Panelo, popped their champagne bottles. Other pointed out with glee that Robredo had been “checkmated.”

But the VP possesses traits that have become anathema to present day Filipino politicians – at least to many of those who now hug the national scene. She is not in this for the money or the prestige. She is in this for unconditional public service. This is evident in her biography, in the career choices she has made.

After graduating from the UP School of Economics in 1986, Robredo worked as a researcher for the Bicol River Basin Development Program, a government agency. After passing the bar in 1996, she shied away from a lucrative legal career instead opting to serve in the Public Attorney’s office. In 1998, she coordinated SALIGAN, a legal support group, which provided legal services to distant and marginalized rural communities.  She also founded an organization that provided livelihood opportunities for underprivileged women.

If, as she said in her acceptance speech, she could rescue one life from extrajudicial killing, she would bear the challenges and the expected hits. She would willingly face ridicule, destructive criticism, fake news, etc., because she believes in being faithful to one’s conscience and in living the old-fashioned ideals that have been eroded by pragmatic politics and swept away by horse-trading in local and national politics.

Let us not mistake her steely determination for gullibility.  This is one person who will not buckle down under intense criticism.  Many will finally see the remarkable person the Philippine nation had elected Vice President – an honest, idealistic and intelligent stateswoman.

Could Robredo be the next President of the Philippines? Panelo might for once be prescient.