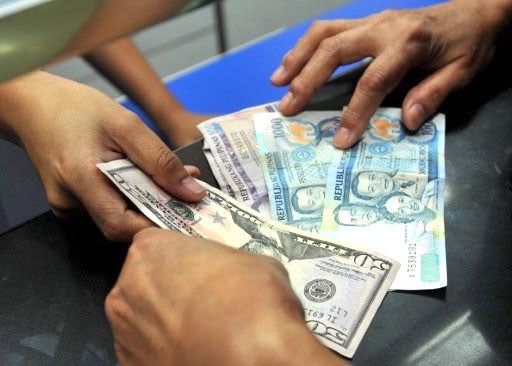 As the dust firmly settles on the 74th United Nations General Assembly, one of the themes that remained at the top of the agenda was global inequality. Inequality, alongside climate change, is one of the greatest threats of our generation and as such, a defining issue of our time. Sustainable Development Goal (SDG) number 10, the reduction of inequality, is central to the 2030 Agenda, and innovations in the global remittance sector play a crucial role in helping to create universal access to financial services.

It is no secret that transformative wealth is concentrated within a small percentage of individuals, organizations, economic groups and regions. Studies continue to highlight that the wealthiest 1% of the population holds 45% of global wealth and, with this concentration of wealth, comes a disproportionate concentration of power and influence over the global agenda.

While there have been some significant achievements in reducing financial inequalities around the world, 10% of the world’s population still live in extreme poverty (on less than $1.90 per day). And, in the Philippines, over 20% of the population live below the national poverty line (PhP 10,481 per month for a family of five).

To reduce inequality, formal financial services must be made more affordable and accessible for all. This will, in turn, increase financial inclusion and provide increased access to life enhancing opportunities and services.

There is a direct and high correlation between migration and socio-economic development in many emerging markets. Migrant remittances from the United States are estimated to reach over $68 billion in 2019, and are a lifeline for families and communities and a key driver of development.

There are now more than four million Filipinos and Filipino Americans in the United States, making the country home to the largest number of Filipinos abroad. In 2018, the Philippines received nearly $34 billion in migrant remittances, making it the fourth largest recipient globally. According to the World Bank, the US is the top sender of remittances to the Philippines, sending approximately one third of total inflows in 2017.

Until recently, remittances have traditionally been expensive and logistically time consuming. This has resulted in obstructive barriers and billions of dollars caught up in fees as opposed to being received and utilized where the money is needed the most. Reducing these transaction costs is a key part of financial inclusion that policymakers are focused on achieving.

Innovation in Financial Technology or Fintech is directly addressing this by revolutionizing the way we interact with money, making the world more financially inclusive. Nowhere is this more evident than in the way we transfer money. By digitalizing international money transfers and making the process cashless on the sending side, online money transfer companies are making sending money as easy as sending a text message. This significantly lowers transaction and service costs and eliminates the time (and further costs) in traveling to an agent.

Fintech will continue to increase financial inclusion by providing the ease, convenience and low cost of fully digitalized transactions for cross border transfers. With this newfound ease of money transfer comes increased and more frequent remittances helping families and communities back home to become more sustainable, resilient and developed. This in turn has a halo effect of increased socio and economic development across multiple sectors that include the SDG’s of improved healthcare, better access to quality education, the elimination of hunger and more.

Reducing inequalities is unquestionably one of the greatest challenges of our time. While it will require collective action, we are dedicated to leveraging continued financial innovations to drive financial access and inclusion, improving the quality of life for families and communities to positively impact society and the world at large.

Earl Melivo, Business Development Manager for the Philippines, and Ismail Ahmed, Founder at digital money transfer service, WorldRemit, which was set up in 2010 to make it easier and cheaper for migrants to send money home by bringing money transfers online. The Philippines is one of WorldRemit’s largest markets globally.