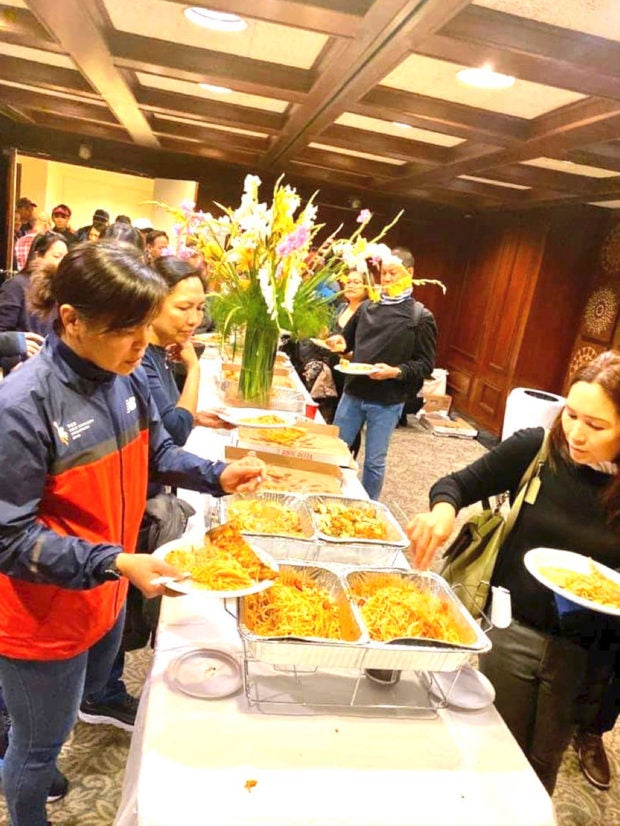 Runners fill up on carbs at the Philippine Center before the NYC Marathon. CONTRIBUTED

The 2019 New York Marathon, the largest and most popular in the world with more than 53,625 finishers this year, was held on November 3.

More than 200 runners and guests from all over the world came to the Philippine Center on November. Expert runners shared marathon tips with beginners while everyone loaded up on carbohydrates: pansit, spaghetti, empanada, cassava cake, and of course, New York pizza and bottles of soda. 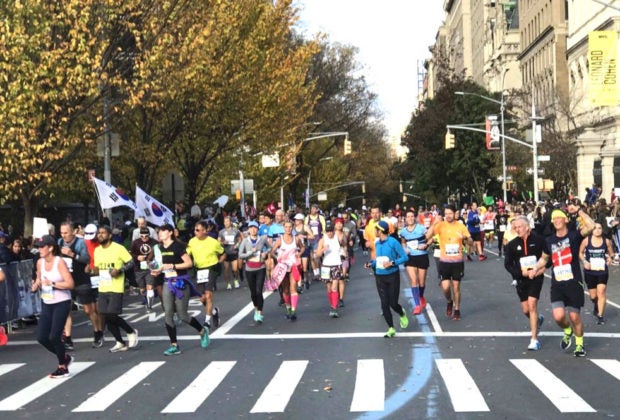 Runners from all over the world make their turn for the final miles. CONTRIBUTED

Consul General Claro S. Cristobal welcomed the runners to New York and wished them a safe and fun marathon.  The Consulate distributed Philippine flag stickers with the hotline number of the Consulate and he encouraged them to place a sticker on their marathon bib to facilitate identification and communication in case of emergency.

Games and music provided by Fil-Am DJs added to the energy and excitement of the participants. TJ Isla, a trail runner based in the Philippines, thanked the Consulate General and its partners on behalf of the runners for organizing the event. Paul Casino who has completed several NYC Marathons, gave advice on how to finish the marathon.  He emphasized the importance of running safely while enjoying the experience.  Fr. Patrick Longalong, a Filipino priest based in Queens, led the prayer for the safety of the runners. 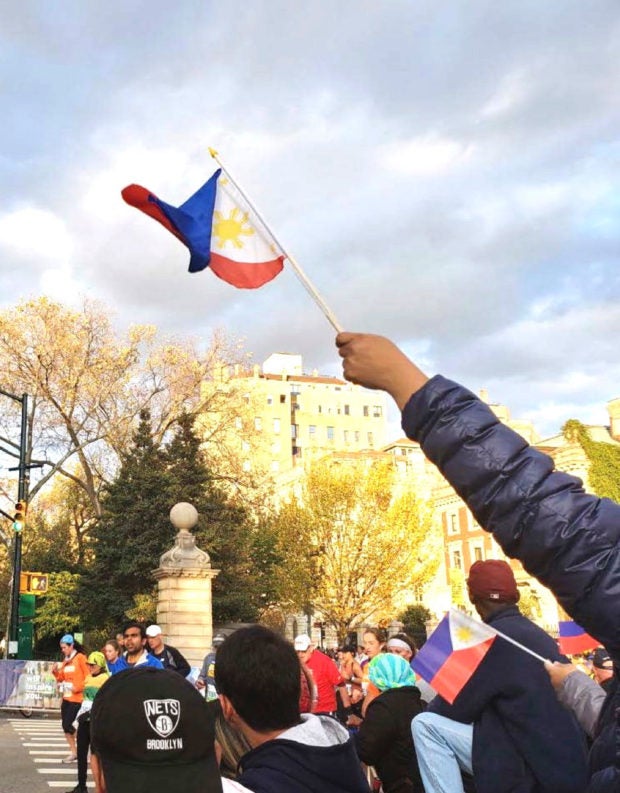 Fil-Am groups set up cheering areas along the marathon route, encouraging Filipino runners and giving them water and food, if needed.

Based on data from the New York Road Runners, the event organizer, 197 runners (101 men, 96 women) identified themselves as runners from the Philippines.  There are other Filipino runners who chose to be listed under their country of residence.

Mark Deligero is the top finisher from the Philippines with a time of 2:50:28, followed by Juan Francisco Balagtas with a time of 3:11:22.  The oldest Filipino who completed the event was Josephine Villanueva, 66, from Quezon City.  She finished the marathon with an official time of 7:24:40.