Boeing on Monday said it expects the 737 MAX airplane, which was grounded after two crashes killed 346 people, to resume flying in January, delaying its return by one month.

In a statement, the group said it still hopes to receive certification next month from the Federal Aviation Administration (FAA), allowing it to resume MAX deliveries to airline customers before the end of the year.

“In parallel, we are working towards final validation of the updated training requirements, which must occur before the MAX returns to commercial service, and which we now expect to begin in January,” Boeing said.

It had originally planned for the model to resume flying in December.

The planes have been grounded globally since mid-March, following the deadly Lion Air crash of October 2018 and the Ethiopian Airlines crash in March this year.

The grounding has dragged on far beyond initial expectations as Boeing has upgraded systems and faced questions from regulators and politicians over the plane.

Southwest Airlines and American Airlines on Friday pushed back their timeframe again for resuming flights on the 737 MAX until early March.

Boeing said Monday it has completed the first of five key milestones it must meet before returning to service: a multi-day simulator evaluation with the FAA to “ensure the overall software system performs its intended function.”

The group said it still needs to run a separate, multi-day simulator session with airline pilots to “assess human factors and crew workload under various test conditions,” before FAA pilots conduct a certification flight of the final updated software. 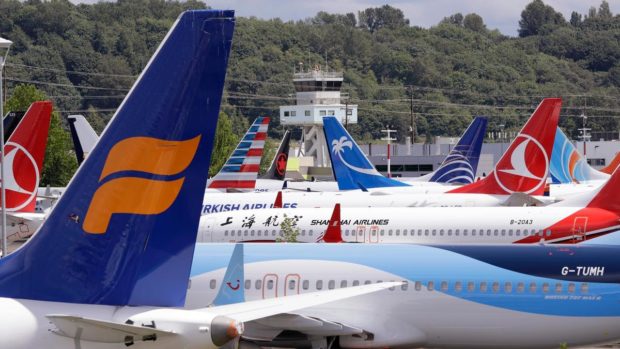 Boeing has notably changed the aircraft’s Maneuvering Characteristics Augmentation System (MCAS), an anti-stall mechanism that pilots in both fatal crashes had struggled to control as the jets careered downwards.

Boeing will then submit to the FAA all the necessary materials to support software certification.

The final key step before the resumption of commercial flights is an evaluation by a multi-regulatory body to validate training requirements.

After this, Boeing said, a report will be released for a public comment period, followed by final approval of the training.

“At each step of this process Boeing has worked closely with the FAA and other regulators,” the group said.