Sexual Assault Charges After Incident on a Plane | American Airlines

Sexual Assault Charges After Incident on a Plane

A Utah man accused of groping another passenger on a Salt Lake City-bound American Airlines flight that diverted to Tulsa for his arrest has been charged with abusive sexual contact.

The man, identified in court records as James Clayton Cholewinski-Boy, 32, was charged by federal prosecutors Friday.

An FBI agent said in an affidavit that Cholewinski touched the arm of a woman next to him Tuesday, and she pushed his hands away.

Hey @AmericanAir this is absolutely ridiculous and you owe everyone money pic.twitter.com/rznzdzG87x

The woman said Cholewinski then grabbed her crotch, she pushed his hand away and told him to stop, at which point he held up his hands and said he was sorry.

Flight attendants moved the woman and her daughter to different seats.

The American Airlines flight from Charlotte, North Carolina, to Salt Lake City made an unscheduled stop in Tulsa, where Cholewinski was arrested.

Airport police charged him with public intoxication, then turned the case over to the FBI, which filed the sexual contact complaint.

Cholewinski lives in Murray, Utah, according to federal officials, who believe he also goes by the name Cholewinski-Boyd. 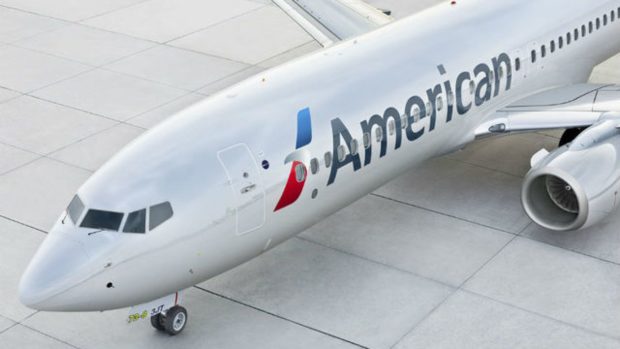 It wasn’t immediately clear if the man had a lawyer who could comment on his behalf.
Tulsa city jail records indicate that Cholewinski was released Wednesday.
A jail officer said he was released on a promise to appear in court on the charges.

In April, an agent-based in Los Angeles said the FBI received 63 reports of sexual assault on airline flights in fiscal 2018, up from 38 cases in fiscal 2014.

The agent, David Gates, added: “It’s safe to say that many incidents occur that are not reported.”
He said most involve unwanted touching.