US Stocks Flat Due to China Trade Talks | Wall Street

US Stocks Flat Due to China Trade Talks

Wall Street stocks were flat early Friday as a top White House advisor said the United States could postpone new tariffs on China but would not roll back existing levies.

Peter Navarro, a hardline trade advisor to President Donald Trump, told NPR that a postponement of new tariffs on Chinese goods due to take effect on December 15 was possible but that earlier tariffs would stay in place.

The comments raised doubts about Chinese statements Thursday that the two sides had agreed to remove tariffs as part of a preliminary “phase one” trade agreement that was agreed last month but has yet to be finalized. 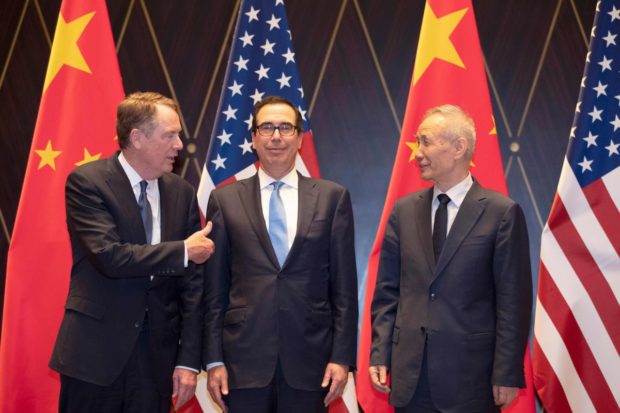 Dow member Disney shot up 5.1 percent after reporting better-than-expected quarterly results on strong box office sales for “Aladdin” and “The Lion King” while it prepares for its new streaming television service later this month.

Gap sank 6.4 percent as it projected lower-than-expected third-quarter profits on a four percent drop in comparable sales.
The apparel chain also announced that Art Peck was stepping down as chief executive.