SAN FRANCISCO –  More than a hundred community and civic leaders and elected officials onJune 15 celebrated the one year anniversary of the official recognition of SOMA Pilipinas as San Francisco’s Filipino Cultural District.

‘Today, we celebrate the one year anniversary of the official recognition of SOMA Pilipinas by the City of San Francisco, but in truth, our cultural district is decades in the making,” said Raquel Redondiez, the Project Manager for SOMA Pilipinas during the brief program.

“Filipinos in SOMA have been at the frontlines of turning this former industrial area into a thriving community.  We have fought for the rebuilding of Bessie Carmichael/Filipino Education Center, the first elementary school in the nation offering Filipino bilingual education, the development of Victoria Manalo Draves Park- a 2-acre parked named after Filipina Olympian and SOMA native, Vicky Manalo Draves, and the protection of legacy institutions like Arkipelago, the only Filipino bookstore in the U.S., and Bindlestiff Studio, the only theatre in the nation dedicated to Filipino-American performances,” added Redondiez. 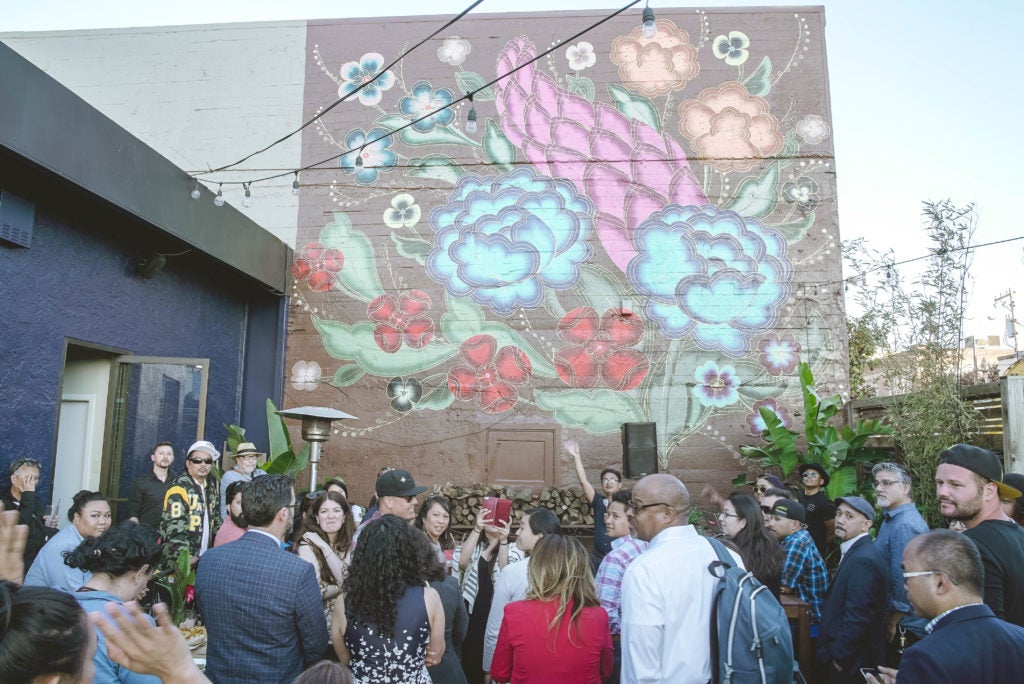 SOMA Pilipinas’ one-year birthday party was held at Mestiza Taqueria, one of five Filipino-owned restaurants in the neighborhood. CONTRIBUTED

Community members were joined by elected leaders including San Francisco District 6 Supervisor Jane Kim who represents the South of Market neighborhood on the Board of Supervisors and her colleague District 3 Supervisor Aaron Peskin, who represents Chinatown and historic Manilatown.

The only Filipina elected official in San Francisco, SFUSD Commissioner Hydra Mendoza, a Special Advisor to Mayor Edwin Lee, was also present along with her husband, Eric McDonald, who serves as a Recreation and Park Commissioner.

The event was held at Mestiza Taqueria, one of five new Filipino-owned restaurants that have opened in SOMA Pilipinas since its formation.  Mestiza’s is owned by Deanna Sison of Farmer Brown fame who also owns Victory Hall and Little Skillet in the South of Market.