What makes some music so enjoyable, and can science help us engineer the perfect pop song? A group of researchers who statistically analyzed tens of thousands of chord progressions in classic US Billboard hits say they have found the answer, and it lies in the right combination of uncertainty and surprise.

Vincent Cheung of the Max Planck Institute for Human Cognitive and Brain Science in Germany who led the study told AFP the data could even assist songwriters trying to craft the next chart-topper.

“It is fascinating that humans can derive pleasure from a piece of music just by how sounds are ordered over time,” he said.

So great, Randy was writing songs for an audience that was smart enough to understand where he was coming from and we're not afraid of the power of words RS

Composers know intuitively that expectancy plays a big part in how much pleasure we derive from music, but the exact relationship has remained hazy.

Writing in the journal Current Biology on Thursday, Cheung and co-authors selected 745 classic US Billboard pop songs from 1958 to 1991, including “Ob-La-Di, Ob-La-Da” by The Beatles, UB40’s “Red red wine” and ABBA’s “Knowing me, knowing you.”

They then used a machine learning model to mathematically quantify the level of uncertainty and surprise of 80,000 chord progressions relative to one another and played a small selection to around 80 human test subjects connected to functional magnetic resonance imaging (fMRI) brain scanners.

The scientists found that when the test subjects were relatively certain about what chord to expect next, they found it pleasant when they were instead surprised.

Conversely, when individuals were uncertain about what to expect next, they found it pleasurable when subsequent chords weren’t surprising.

Musical pleasure itself was reflected in the brain’s amygdala, hippocampus, and auditory cortex — regions associated with processing emotions, learning and memory, and processing sound, respectively.

If you're trying to write the greatest song in the world, this data set of the most enjoyable chord progressions might help https://t.co/0U19CuTZAm @AFP

Contrary to previous research, the team found that the nucleus accumbens — a region that processes reward expectations and had been thought to play a role in musical pleasure — only reflected uncertainty.

Cheung explained that he and colleagues decided to strip the music down to just chords because lyrics and melody might remind listeners of associations attached to songs, and so contaminate the experiment.

But, he added, the technique could equally be applied to investigate melodies, and he is also interested in understanding whether the findings remain similar for other genres like jazz and for non-Western musical traditions such as those from China and Africa.

Nor does future research need to be confined to music: “When we look at somebody doing a very cool dance move, that’s also linked to expectancy,” said Cheung, as is joke-telling.

The study falls broadly into the relatively new field of computational musicology, which sits at the intersection of science and art. 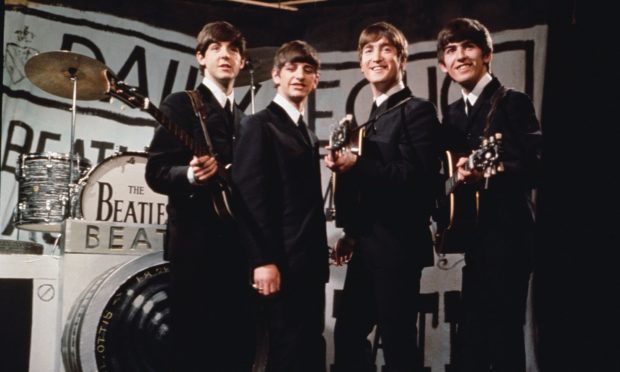 So could data help unlock the magic formula for songwriting?

“It is an important feature that could be exploited but it wouldn’t be the only thing that could be used to create a pop song,” said Cheung, cautioning that the work looked at pleasurable chord progressions in isolation.

As for the study, the team found the three highest-rated chord progressions they played to test subjects appeared in “Invisible Touch” by 1980s English band Genesis, 1968 hit “Hooked On A Feeling” by BJ Thomas, and Beatles classic “Ob-La-Di, Ob-La-Da.”