How will first online census work? Who guarantees confidentiality?

How will first online census work? Who guarantees confidentiality? 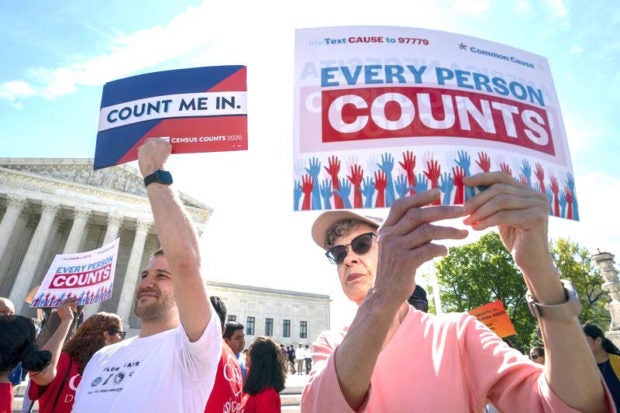 Today we continue with our occasional series meant to answer the most frequently asked questions regarding the Census. If you have a question or doubt about the Census, please write to [email protected] and we will consult the experts to get the answers. These questions were gathered thru social media.

Question: Do you mean that this Census will be digital and we will have to put our information online? How will this work? What will happen to people who do not have access to a phone or computer?

Question: How can I be sure that my information will be kept confidential or that it will not be used against me by the government?

According to a survey by the Public Policy Institute of California, 63% of Californians are concerned about the confidentiality of the data they give to the government in the Census. This sentiment is accentuated in communities such as Latinos (74%) and African Americans (74%).

There are two levels of mistrust.

The first is mistrust of the platform or whether delivering data “online” to the government is safe at a time when hacking into private financial companies is often in the news.

The second is mistrust of the government and how it will make use of citizen data.

As for the first question, the Census Bureau says it has worked at various levels to protect the information it will collect online or through its door-to-door enumerators who will also carry phones with a special application that will transmit data directly to headquarters.

The data will be “encrypted” to protect its transmission. Staff must use double authentication to verify users and the government will use the Einstein 3A system to monitor networks and identify malicious activity around databases.

Second, the confidentiality of the personal information is guaranteed by law, according to Census spokespeople.

“The law is clear: no personal information can be shared,” explained in an email Patricia Ramos, regional Census spokeswoman.

“Under Title 13 of the U.S. Code, the Census Bureau cannot disclose any identifiable information about individuals, households or businesses, even to law enforcement agencies. All Census Bureau employees take an oath to protect your information. We have sworn for life to protect the confidentiality of your data. We could go to jail or be fined up to $250,000 if we violate that oath,” she added.

Guevara, of CHIRLA added that the law is on the side of confidentiality. And for those who do not trust this government, the activist asked to trust the vigilance of the legal community and community groups.

“We are committed to serving as guardians of what happens, we are not afraid to take on the fight necessary to ensure that this government complies with the law,” she said.