Linda O’Leary is accused of being over the alcohol limit, on drugs and speeding at the helm of one of two boats in the late-night collision on Lake Joseph, Ontario.

The O’Learys were named in a civil suit launched by the family of Susanne Brito, 48, their passenger who succumbed to her injuries in hospital days after the crash.

Accountant Gary Poltash, 64, a passenger in the other boat, was also killed.

“For this grieving family, it is about obtaining civil justice so as to prevent these types of deaths and curtailing reckless and dangerous behavior from continuing on our lakes,” said a lawyer for Brito’s family, who are seeking damages of Can$2 million (US$1.5 million).

Already charged with careless operation of the vessel, Linda O’Leary faces a fine if convicted.

OPP confirm to CTV News that a 48-year-old woman injured in a boat crash involving businessman Kevin O’Leary has died. Police previously confirmed that a 64-year-old man also died in the collision. O'Leary was a passenger in one of the boats involved in the crash.

New York resident Richard Ruh, who was at the helm of the other boat and is also named in the suit, was charged in September with failing to exhibit navigation lights.

The plaintiffs allege that O’Leary “suddenly and without warning drove (her) powerboat directly into the path of the Ruh powerboat.”

They say she was driving too fast and failed to “keep a proper lookout” for other vessels in the busy channel.

“At the time, her faculties of observation, perception, judgment, and self-control were impaired due to alcohol and drugs,” the Brito family allege. 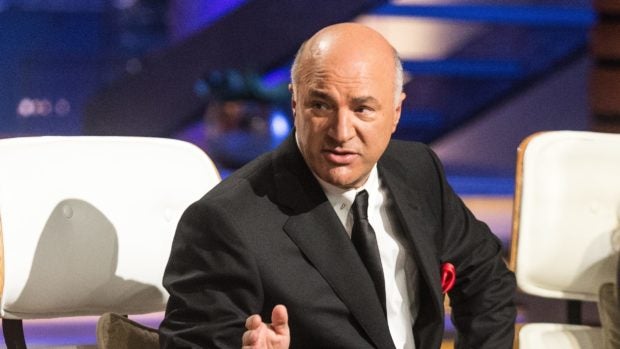 They accuse O’Leary of “texting, dialing, talking, or otherwise using a mobile or electronic device just before and at the time she struck the Ruh powerboat.”

Kevin O’Leary sued as one of five investors who decide how to spend their cash on ABC’s Emmy Award-winning “Shark Tank.”

A statement of defense has not yet been filed and none of the allegations has been proven in court.

Several boats had been out on the lake the night of August 24 to watch fireworks or stargaze when the crash happened around 11:30 pm (0330 GMT).

Police told AFP a large wakeboarding boat and a smaller ski boat collided on the lake where O’Leary has a luxury cottage, around 220 miles (350 kilometers) north of Toronto.