US President Donald Trump has suffered a new legal setback after a federal judge temporarily blocked a measure that would have required immigrants to prove they had health insurance or could afford medical care.

US District Judge Michael Simon issued a 28-day restraining order during a rare Saturday session in his courtroom in Portland, Oregon, according to a copy of the decision seen by AFP.

The new health-coverage requirement had been set to take effect on Monday.

The immigration-defense groups that had sought the injunction said the new US requirement would have been particularly onerous for low-income migrants and would unfairly favor others from wealthier countries.

Why hasn’t the Trump administration been able to do away with sanctuary cities? Sunday on Full Measure. #immigration #sanctuarycity #fullmeasurenews pic.twitter.com/e4mkEq3Vrq

The White House decried the ruling.

“It is wrong and unfair for a single district court judge to thwart the policies that the President determined would best protect the United States health care system,” press secretary Stephanie Grisham said in a statement.

The presidential proclamation of October 4 said that only immigrants who would not “financially burden the United States health care system” would be granted visas.

The fight against illegal immigration has been a key pillar of Trump’s policies.

Several of his immigration decisions have been blocked in court. 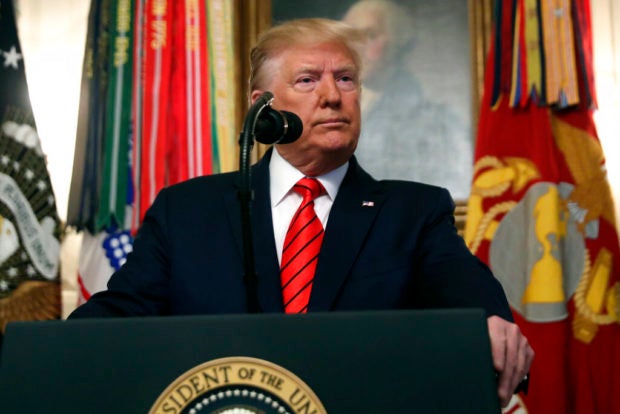 The Republican administration has regularly appealed adverse decisions to the Supreme Court, which twice this summer found in Trump’s favor.

But Judge Simon’s 18-page ruling seemed to leave the administration with limited room to craft a dissent.

He listed at least five reasons that an individual’s health insurance status could not be used as the sole determiner of a person’s admissibility.