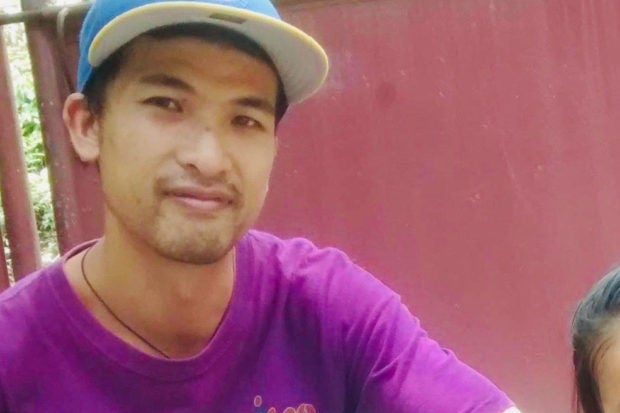 Brandon Lee, a Chinese American environmental and human rights advocate was airlifted back to San Francisco for a more secure recovery from the wounds he sustained in an apparent assassination attempt in Ifugao province in the Philippines. CONTRIBUTED

SAN FRANCISCO – Brandon Lee, the Chinese American environmentalist and human rights advocate who was shot multiple times in Ifugao province in the Philippines in an apparent assassination attempt, arrived home in San Francisco last week via an air ambulance.

Lee, a Sunset District native and San Francisco State University alumnus, is the first American citizen believed to have been the target of an alleged extrajudicial killing (EJK) try under the regime of President Rodrigo Duterte.

Lee had been living in Ifugao province in the Philippines, a place he first visited in 2008. He married a Filipina and they have daughter. He serves as a paralegal for the Cordillera Human Rights Alliance. It is suspected that the attempt on his life on August 6, 2019 was due to his advocacy for the land and rights of indigenous people in the Cordilleras.

He is believed to still have multiple bullets lodged in him and was airlifted back to the U.S. for a more secure recovery from his wounds. After the shooting, a community Gofundme drive has been trying to raise some $200,000 for the cost of airlifting and expected medical expenses. Support also came from other Save Brandon Lee events like silent art auction and masquerade party organized by by his friends and supporters.

As of October 29, the campaign raised some $15,538 raised from 237 donors. According to reports, the Air Med airlift cost was $164,000, which was paid for by Lee family members with a loan and donation from a Europe-based environmental group.

A homecoming press conference was held on the steps of San Francisco City Hall by top city officials, supporters, friends, and family.

“We are not done yet. We have mountains yet to move. There are ways to cover Brandon’s ongoing medical care and much, much work to be done to address the underlying injustices that led to Brandon attack. The attempt to assassinate and silence Branson is shocking and tragic,” Mar stated.

Haney said the human rights crisis and targeted assassinations in the Philippines must come to an end and that the U.S. military aid must not facilitate repressive activities.

On Brandon’s latest medical situation, Dr. Susan Ehrlich assured that Lee is being cared for by experts in the world-renowned hospital’s Department of Neurosurgery.

Louise Lee, Brandon’s mother, went to Baguio City General Hospital with another son the day after the assassination attempt to be with Brandon.

“Brandon was turned down by two hospitals right after he was shot for they cannot handle trauma cases. He kept telling his companions that the Army did it to him, even after losing too much blood by then. Brandon was strong. I had to be strong too. Brandon was a fighter. I had to be a fighter for him,” Louise narrated.

Louise and Brandon’s wife were told by Lagawe town police chief and by the police director of Ifugao province that their investigations turned out blank, that not even the bullet they recovered from their house’s front door could tell them the kind of weapon that was used in the shooting. Authorities insisted that the bullet still lodged in Brandon be given to them.

“I got up and grabbed my daughter-in-law and told the police the interview was over and we were leaving. After six weeks, Brandon was stable enough to be transferred to St. Luke’s Hospital in Bonifacio Global City in Taguig. The U.S. State Department became involved. We had made contact with an air ambulance company,” continued Louise who also said that she was working with friends in the U.S. Congress for the safe passage of Lee’s wife and daughter.

Louise filed a case on Lee’s behalf with the Philippine Commission on Human Rights on September 10 seeking an independent investigation. She also urged a to stop U.S. military aid to the Philippines.