Marlboro-maker Altria is taking a big financial hit from its multibillion-dollar bet on e-cigarettes. The tobacco giant on Thursday slashed the value of its investment in the beleaguered vaping company Juul Labs by a third, dragging down its results to a financial loss for the quarter.

Richmond, Virginia-based Altria bought roughly a third of Juul for $13 billion last December.
But executives said they would take a $4.5 billion write-down on the investment amid a growing crackdown on Juul and the vaping industry at large.

Since last year, Juul has been hit by new federal and state investigations into its marketing amid an explosion of underage vaping among teenagers.
Separately, an outbreak of lung injuries tied to vaping has led to new government warnings around e-cigarettes.
No single product or ingredient has been identified as the root cause.

Juul has made a number of voluntary concessions in an effort to weather the firestorm, including halting product advertising and pulling several of its flavored products.

A former Juul Labs executive who was fired earlier this year is blowing the whistle, and filing a lawsuit against the company. #Juul https://t.co/BLLrXOKTXV

A lawsuit filed in California earlier this week by a former Juul executive leveled new allegations against the company, including that it disregarded quality procedures and knowingly shipped of tainted mint-flavored pods to customers.

“As CEO, I had the company make huge investments in product quality, and the facts will show this claim is absolutely false and pure fiction,” said Burns, through a spokesperson.
Burns was replaced as CEO last month by K.C. Crosthwaite, an executive from Altria.

In a regulatory filing Thursday, Altria revealed that the Federal Trade Commission is investigating the company’s role in the resignation of Burns and “the hiring by Juul of any current or former Altria director, executive or employee.”

Altria Group Inc. said it posted a quarterly loss of $2.6 billion, or $1.39 per share, for the period ended Sept. 30.
Those results included the $4.5 billion pretax write-downs of Juul.

Adjusted earnings of $1.19 per share beat the average Street estimate of $1.14 per share, based on an analyst survey by Zacks. 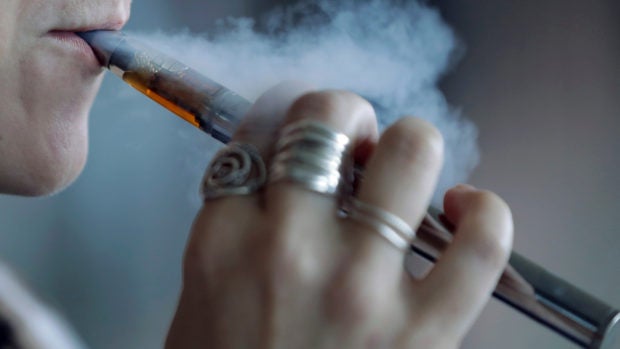 Altria, the maker of Marlboro cigarettes and Copenhagen chew, has been working to shift its business away from traditional tobacco amid steady declines in smoking.

The company recently began selling a heat-not-burn cigarette alternative, iQOS, made by Philip Morris International.
Altria is marketing the first-of-a-kind device in the U.S. under a licensing deal with the international tobacco maker.
Both companies say the device could appeal to smokers who have been unwilling to switch to vaping products, which use a nicotine solution, not tobacco.

This story has been corrected to show that adjusted earnings per share in the latest quarter totaled $1.19, not $1.08.