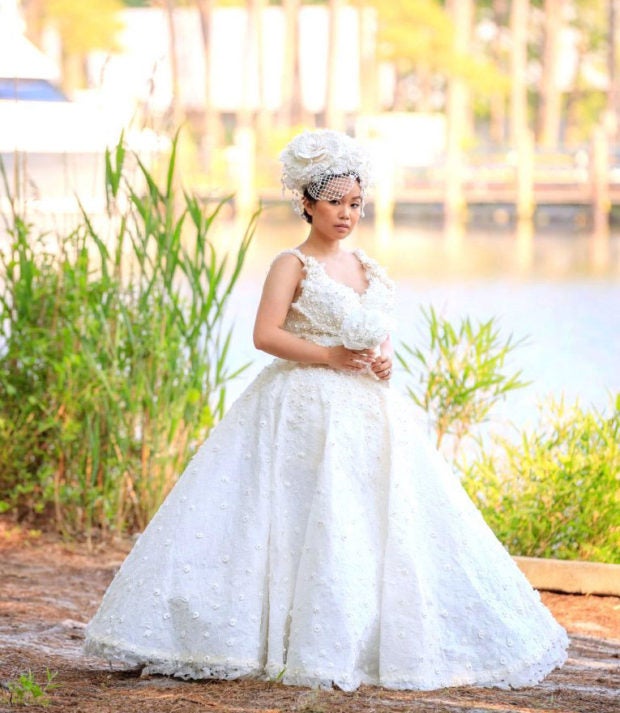 Ronaldo “Roy” Cruz’s wedding dress made of toilet paper. He reached the finals this year in a toilet paper dressmaking contest.

NEW YORK –Filipino florist and designer Ronaldo “Roy” Cruz of Chesapeake, Virginia made it to the finals in a recent popular toilet wedding dressmaking contest.

Cruz was one of the 12 designers selected for the finals of this year’s Cruz the Charm Weddings and Quilted Northern’s Annual Toilet Paper Wedding Dress Contest, beating out more than 1,500 entries.

Last year, Cruz won the top prize. He decided to join the contest after being laid off from his job. He also won the fan favorite voting prize in 2015, 2016 and 2017.

Cruz told WTKR News 3 last year that this contest is a natural for him. “When I was in the Philippines, I used to make gowns of other materials like shells, corn and dry flowers,” he said.