Mail-Order Pride: Fil-Am baker sends Filipino pastries to foodies in the US

Mail-Order Pride: Fil-Am baker sends Filipino pastries to foodies in the US 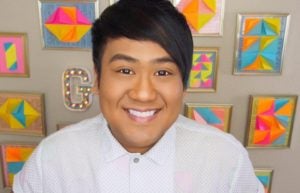 Gregory “Greggy” Soriano combines one to two items from the first list into varying iterations with the second and sends them off to foodies in the US and Canada with his pastry subscription box service, Flip Crate.

“We love to change things up every month with exciting new treats,” says Soriano, who was born in Glendora, California, to Filipino immigrants. 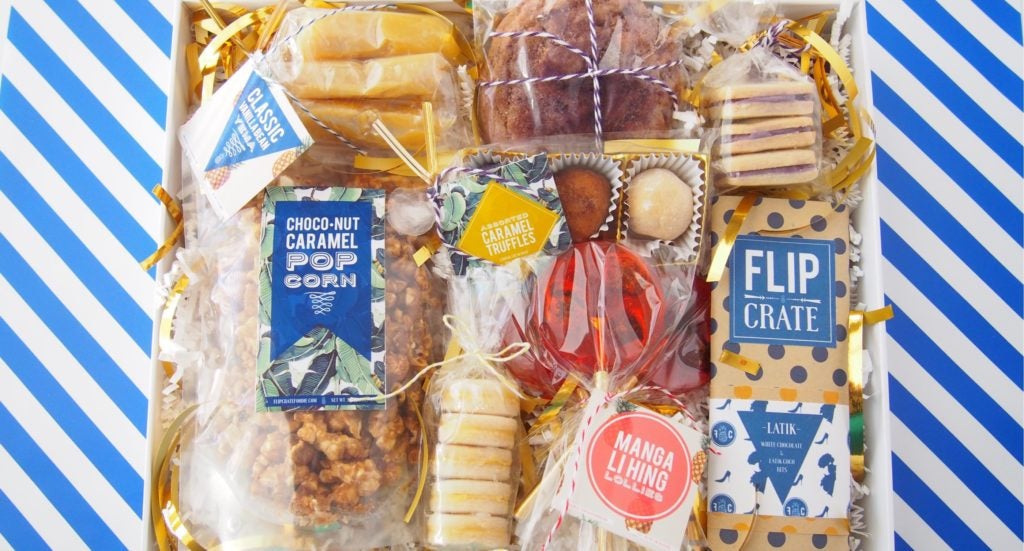 He loves to come up with something new with each batch. Matamis sa bao (coco jam) brownies topped with pink Himalayan salt, anyone?

Soriano set up the business last year with his family. “We were inspired by all of the subscription services trending in the e-commerce world,” he says.

“There are subscription boxes for make-up lovers, foodies and even pets! We thought, ‘Why isn’t there one for Filipino snacks?'”

“My parents are both amazing cooks. I grew up learning how to bake and cook all of the traditional recipes, passed down through generations.”

As a child, Soriano religiously watched with his father the TV show “Cooking Secrets of the CIA (Culinary Institute of America),” which is where he eventually went to study

Currently based in Las Vegas, he has lived and worked from coast to coast. He has appeared on the TV competition show “Cake Boss: The Next Great Baker” on TLC and previously owned a cake shop in Jersey City.

He has a presence online as well, teaching baking tips and tricks on his Youtube channel “Greggy’s Digest.”

“Each batch is limited and exclusive. My mind is always running with fun, creative ideas for desserts and dishes.”

Soriano says one of the reasons he put up the service was because he wanted to use standard recipes and techniques to develop “exciting, contemporary treats using Filipino culture” as his inspiration.

“We were also inspired by the delicious and fun Filipino ‘frankenfoods’ that are trending in local Fil-Am bakeries and restaurants,” he says.

Soriano’s own arsenal of ‘frankenfoods’ include chocnutella, a combination of chocnut and Nutella, and typically “American” flavors such as cookie butter (aka Speculoos), pumpkin spice, and pecan pies making combination appearances here and there in traditional Filipino pastries.

Another reason Soriano factored in when he started the service was his market’s proximity to these kinds of treats. “Not everyone has access to a Cafe 86, Manila Social Club, or even your standard Valerio’s bakery.” 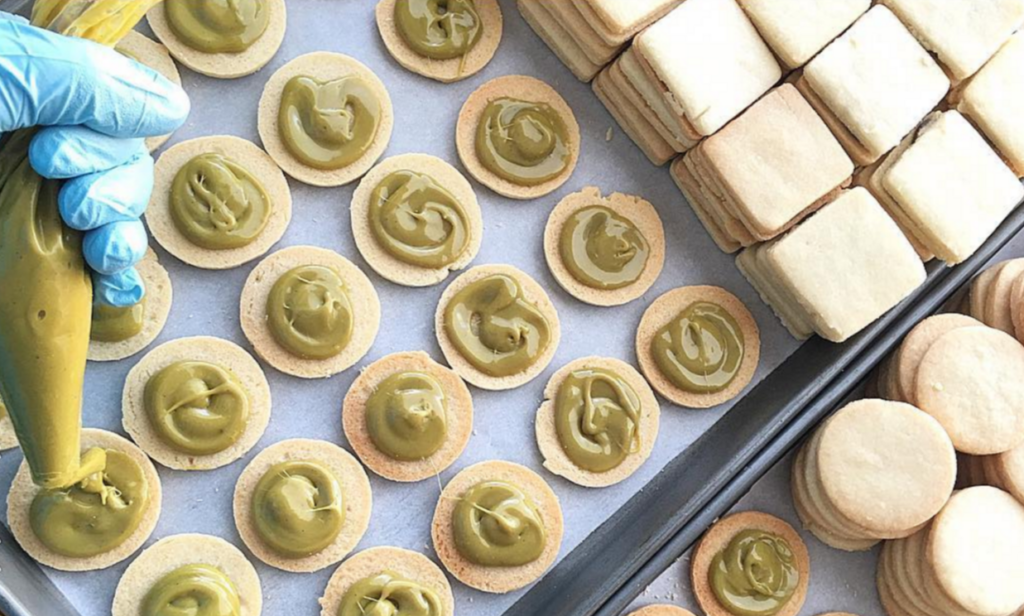 Buko pandan caramel being piped on to sugar cookies. CONTRIBUTED

And not everyone can bake, even if they happen to live in areas with access to Asian ingredients.

Flip Crate imports its fillings and flavoring ingredients from the Philippines (eggs, dairy and pantry staples are sourced in the US) and hand-prepares and bakes the items that go into the boxes.

While the word “flip” has been used in the past as a derogatory term for Filipinos, Soriano dispels any negativity. “I actually grew up with it being a positive term associated with Filipinos.”

He says the name was chosen to be welcoming, current, unique, quirky and fun.

“It’s time for our beautiful culture to be shared with everyone out there. We want to show how awesome it is to be Filipino and we want to familiarize everyone with yummy Filipino flavors.”

“I want to unite us all and show that we’re quite proud to be who we are and that some of us do actually know our roots and traditions. The only way I can think of doing that is through food.” 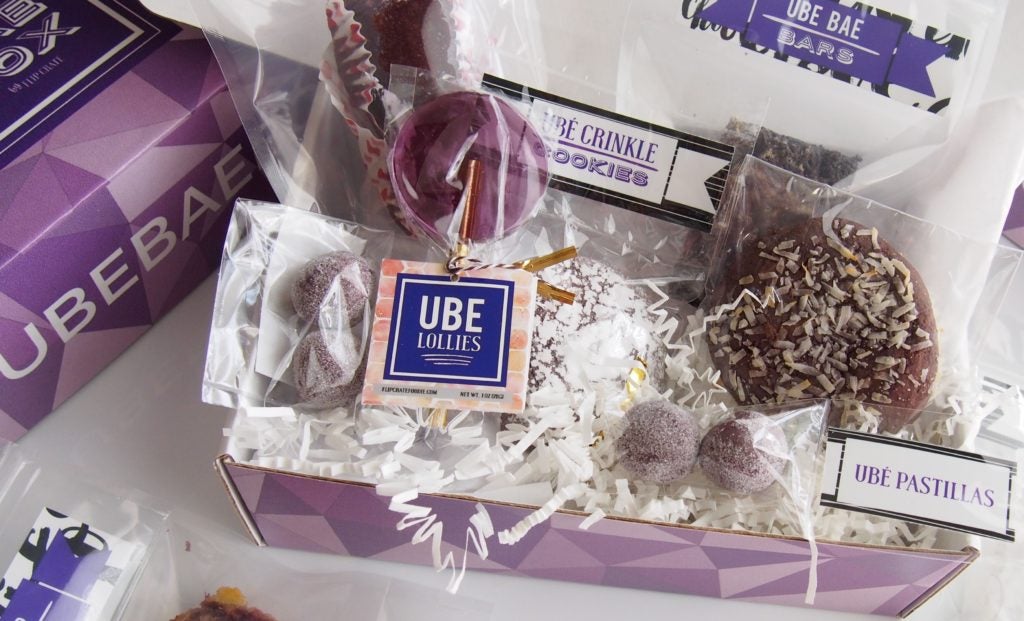 His efforts have already gained many non-Filipino customers. “They either have a Filipino friend or partner or have had Filipino food in the past and wanted to try out our crates.”

He’s even had inquiries from, of all places, the Philippines. “We unfortunately don’t offer shipping overseas as of yet.

Soriano is happy to report that they’ve received positive feedback. “We constantly get long, heartfelt letters, thanking us for paying tribute to our culture and how they’re enjoying the goodies.”

He says love is an important ingredient. “We just love packing our boxes. It feels like we’re packing itty-bitty pasalubong or Balikbayan boxes for our loved ones. As Filipinos, we love giving gifts to people. It’s just who we are.

“There’s a bit of work to do for Filipino food to gain popularity in the foodie scene, but hopefully, we’re contributing to that, one Flip Crate at a time.”