By: Isabel Buenaobra - @inquirerdotnet
INQUIRER.net US Bureau/Manitoba Correspondent / 01:57 AM June 15, 2017 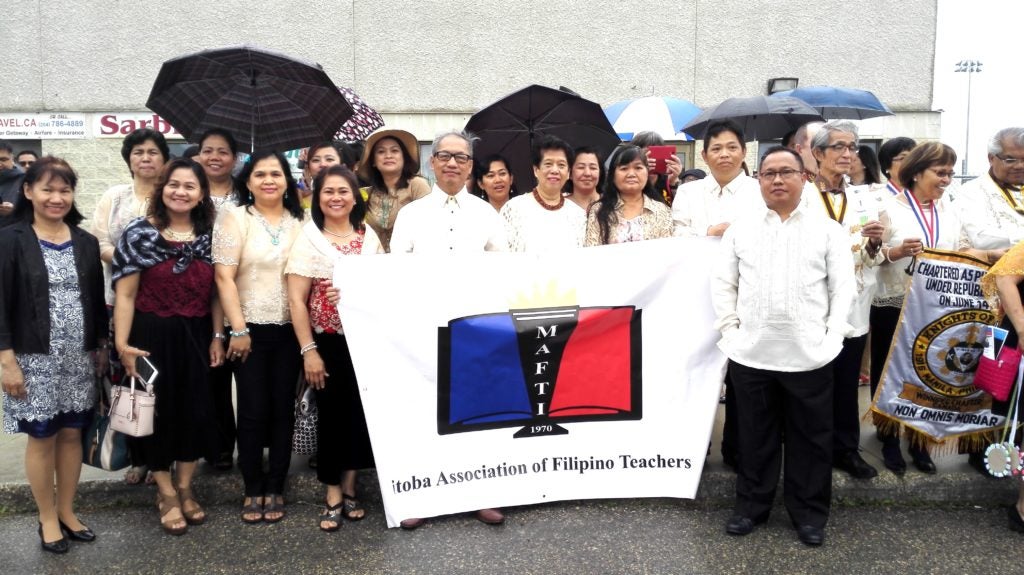 WINNIPEG, Manitoba — It was a rainy Saturday morning, but that didn’t dampen the spirit and enthusiasm of Filipino Canadians and friends who attended the parade and cultural program for the Philippine Heritage Week. In fact, the drizzles stopped just in time for the raising of the Philippine and Canadian flags. It seems the heavens wanted to celebrate, too! In 2003 the adhoc commitee was constituted as a formal body to allow other projects to be conducted during the year, in addition to sponsoring the annual Philippine Heritage Week. The organization is now known as Philippine Heritage Council of Manitoba (PHCM) Inc. which is composed of individuals and representatives from different Filipino-Canadian organizations and associations.

For this year, organizers are offered 10 different events and two additional events for affiliate members. Events include the following: a Philippine Night at the Daniel McIntyre Collegiate Institute; a welcoming event for newcomers and immigrants; an evening of community envisioning; a ceremony for new Canadian citizens; a Filipino Community Resource Fair; an evening with lolos and lolas; a celebration of faith, a Philippine Independence Ball, and a picnic in the Assiniboine Park, among others. 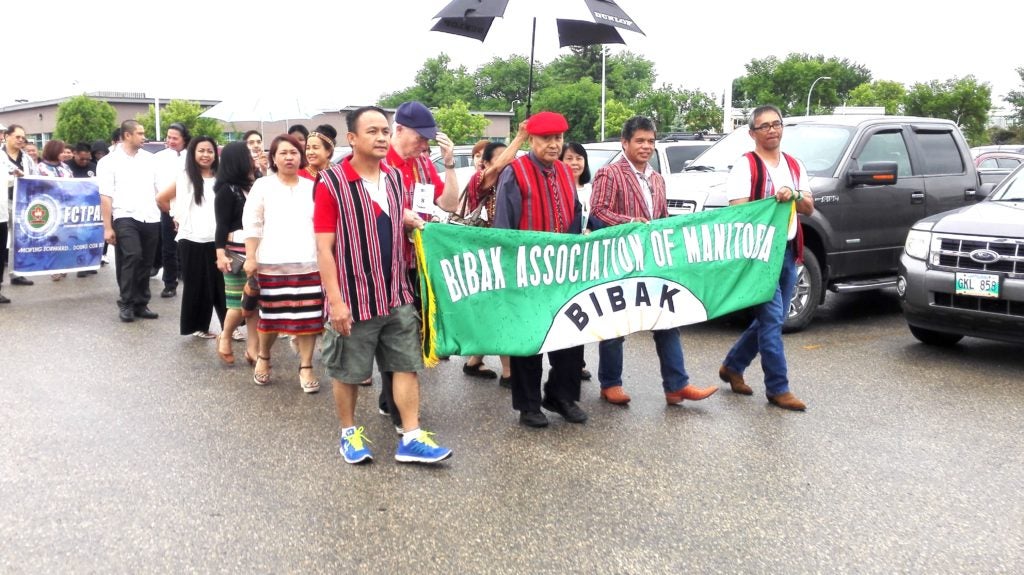 Perla Javate, President of the PHCM and head of the organizing committee of Philippine Heritage Week, explained that the 2017 theme of “Imagine” resulted from an “envisioning event” in 2015 whereby representatives of various organizations and sectors of the Filipino community envisioned their community 25 years hence.

She reiterated this theme in her welcome remarks at the January 10 parade and cultural program held at PCCM.  She said: “It is heartwarming to see that organizations within our community working together for the purpose of preserving and promoting our Philippine heritage and in the process, sharing it with our fellow Canadians. (In 2015), we defined what values we wish our community would adopt, we identified the challenges we need to overcome and set some goals. Our theme this year gives us the 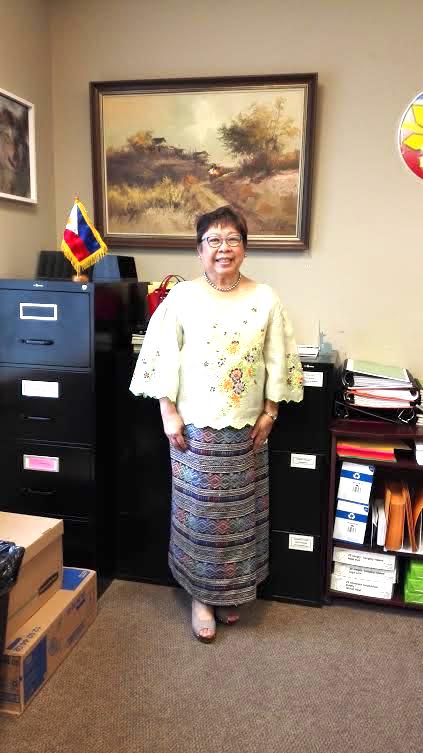 Perla Javate PHCM president at the office of the Philippine Canadian Centre of Manitoba. INQUIRER/Isabel Buenaobra

chance to IMAGINE and dream what it would be like to have a community that truly can work together and appreciate each other towards common goals. IMAGINE goes for our dear Canada…IMAGINE if every single Canadian truly accepts the fact that our aboriginal brothers and sisters owned the land we share with them now and that we move forward from the mistakes of the past through the reconciliation process towards being one; that multiculturalism gives all newcomers the right to be accepted and appreciated for who they are; that we respect each other as equals regardless of race, religion, political affiliation, gender, or sexual orientation.  This is the Canada we IMAGINE in our present and our future.”

From a few Filipino immigrants in Manitoba in 1959, to about 80,000 currently, Javate recognizes the significance of celebrating not just the 119th anniversary of Philippine Independence, but also the 150th year of the Canadian Confederation (Canada Day is celebrated on July 1st). 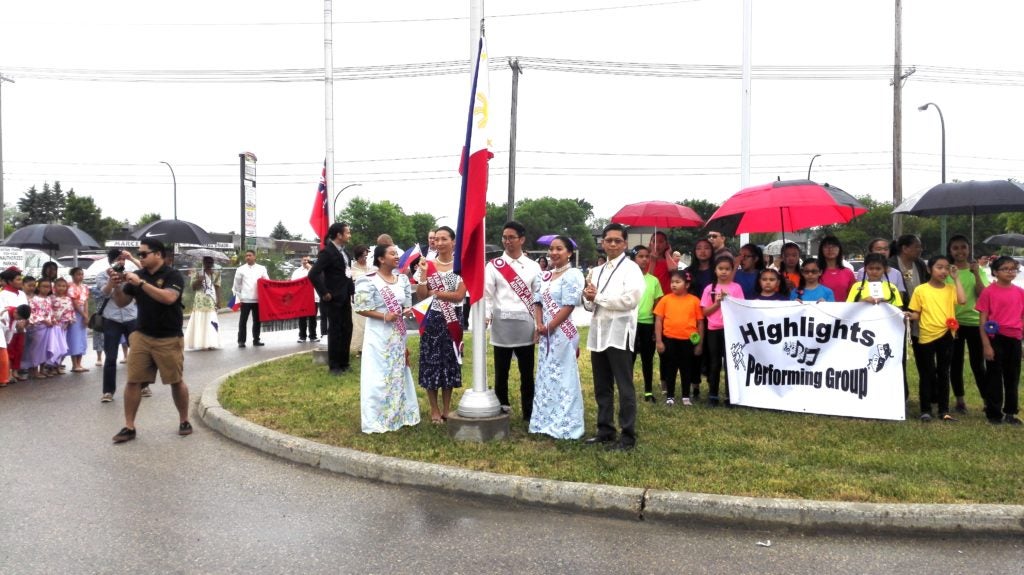 Mayor Brian Bowman of the City of Winnipeg, through his representative, also acknowledged the tremendous efforts of the organizers, volunteers and participants in the Philippine Heritage Week events. He also imagines a “rich culturally and ethnically diverse Winnipeg where the Filipino community and many others from around the world find a warm and welcoming place to call home.”

Home it is for the Filipino Canadians. And this was expressed all throughout the parade and the cultural program at the PCCM. The highlights of the program included the singing of the national anthem by the Highlights Performing Group, the Bayan Ko rendition of the Angklong Ensemble composed of West Park Seventh Day Adventist Church utilizing bamboo instruments; the performance was stirring and soulful, and merited a nearly standing ovation from the audience.

The dance performance by Magdaragat, a dance troupe composed of 3rd generation children and youth was lively, particularly the tinikling which was watched by audience with bated breath. Other performers included Gloria Agravante, Sikaran, and Josha Manzanilla. Kudos, too, to the emcees who kept the audience focused and enthusiastic.

Canada may be thousands of miles away from the Philippines, but with an approximately 80,000 Filipino immigrants in Manitoba, and a strong Filipino community contributing its expertise, talent, and resources to a vibrant, multicultural society, it is indeed a time for celebration.