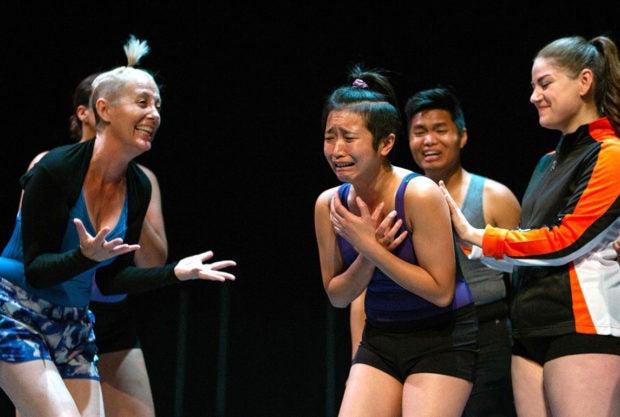 This Bay Area premiere of Clare Barron’s play is directed by Becca Wolff with choreography by Kimberly Richards. Barron’s play is the winner of the 2017 Susan Smith Blackburn Prize and is a finalist for the 2019 Pulitzer Prize.

“For a show that had open casting, I find it wonderful that three Filipino American actors ended up in the cast, especially since it’s a play and not a musical,” says Piamonte.

In the play, an army of pre-teen competitive dancers plots to take over the world. If their new routine is good enough, they’ll claw their way to the top at the Nationals-level competition.

The play is about ambition, growing up and an unrelenting exploration of female power featuring (as mandated by the playwright) a multigenerational cast of women—from their 30s to their 60s—portraying the 13-year-old heroines.

“‘Dance Nation’ will be one of the most edgy and surprisingly dangerous plays we have produced,” said artistic director Bill English in a statement.

“It presents a multi-layered perspective on the joy and pain of becoming a woman and shows us how we carry our past selves with us throughout our lives.”

San Francisco Playhouse was founded in 2003 and is now the second largest nonprofit theater in the city.

Krystle Piamonte is excited to return to San Francisco Playhouse where she was last seen as Lauren in “King of the Yees.” Credits include the world premieres of “Ripped” for Z Space and “Inside Out and Back Again” for Bay Area Children’s Theatre, which made her a finalist for the Theatre Bay Area Awards for Outstanding Performance in a Principal Role in a Play for each production. 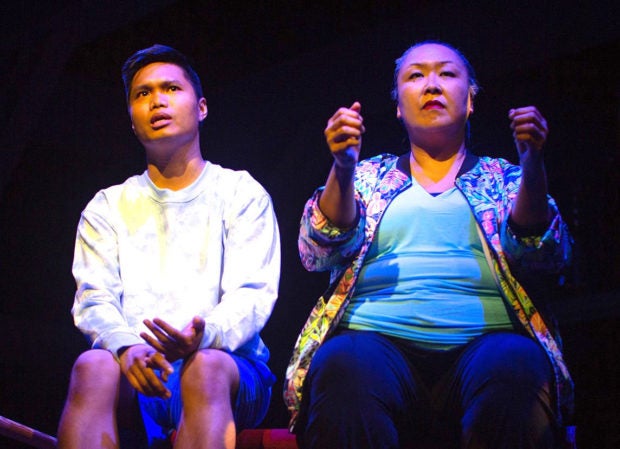 From left: Bryan Munar and Michelle Talagrow together in a scene. CONTRIBUTED

She was also recently in Fil-Am playwright Conrad Panganiban’s “Welga” for Bindlestiff Studio and “Two Mile Hollow” for Ferocious Lotus. She is a former assistant director and resident choreographer of Sinag-tala Filipino Theater and Performing Arts Association in Sacramento.

She has worked with groups such as Bindlestiff Studio, The Ground Floor at Berkeley Rep, Central Works, Impact Theatre, Cutting Ball Theatre and Magic Theatre. Talagrow is a company member of the performance collective Mugwumpin and of Shotgun Players.