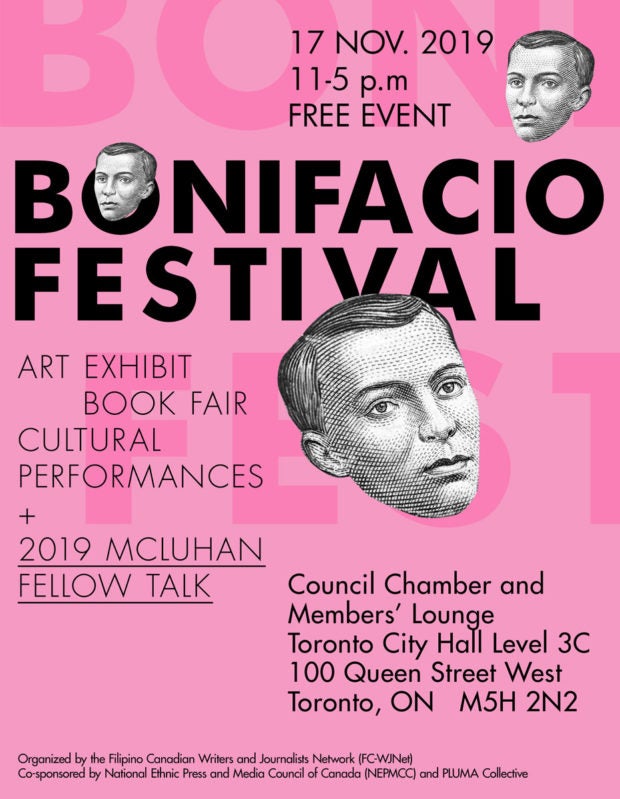 TORONTO — An event celebrating the life and contributions of Philippine hero Andres Bonifacio will feature works by Filipino Canadian writers and artists and a presentation by an award-winning Filipino journalist and 2019 Marshall McLuhan awardee Patricia Evangelista.

The celebration will be held on Sunday, November 17, 2019 at 11 a.m. to 5 p.m. at the Toronto City Hall Council Chambers and Members’ Lounge.

The Andres Bonifacio Festival, or BONIFEST for short, honors the founder of the Katipunan, the revolutionary organization that toppled the 333-year-old Spanish colonial. Bonifacio was born on November 30, 1863, in Tondo, Manila, and died on May 10, 1897.

BONIFEST will also feature the launching of the poster “The Struggle for Philippine Independence,” a brief account of 15 historical dates and periods and their significance in the Filipino people’s resistance against Spanish colonialism, American imperialism, and Japanese invasion, from 1571 to 1946.  The poster is the product of research and a series of discussions conducted by the Filipino Canadian Writers and Journalists Network (FC-WJNet).

Organized by FC-WJNet and co-sponsored by the National Ethnic Press and Media Council of Canada and the PLUMA writers collective, BONIFEST will feature speaker Patricia Evangelista, the recipient of the 2019 Marshall McLuhan Award, a program of the Canadian Embassy in Manila in partnership with Center for Media Freedom and Responsibility to award outstanding journalists in the Philippines.   Evangelista is a multimedia journalist for the online news organization Rappler.

Evangelista’s presentation is entitled “Reporting the Voiceless:  Mainstreaming Marginalized Issues in the Media.” 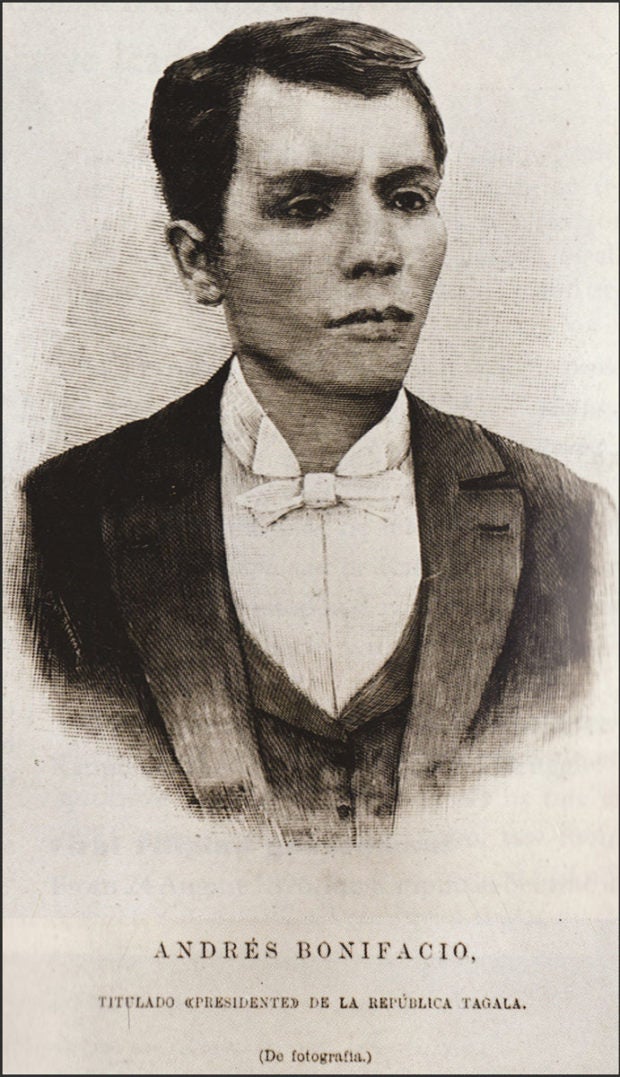 She has produced documentaries and long-form multimedia reportage that brought her international acclaim and recognition. Her reporting of armed conflict as well as the aftermath of supertyphoon Haiyan was awarded the Agence France-Presse Kate Webb Prize for exceptional journalism in dangerous conditions. She is a recipient of two New York Festivals medals for her documentary work. Her recent work for Rappler received the Human Rights Press Award, three Society of Publishers in Asia awards for Excellence in Feature Writing, Investigative Reporting and Human Rights Reporting.

To be exhibited in the event at the Toronto City Hall Council Members’ Lounge are paintings of Filipino Canadians on the theme Philippine struggle for independence and books authored by Filipino Canadians on the same and related themes including immigration, and racial and gender discrimination. Readings of poetry and other works will also be conducted by PLUMA collective and FC-WJNet.

Thomas Saras, president and chief executive officer of National Ethnic Press and Media Council of Canada, the biggest and most diverse national organization of more than 800 publications, broadcast and online media organizations, will deliver a brief speech and present a plaque of recognition to Evangelista.

Participants and guests are encouraged to come in Filipino or Philippine Indigenous attire to honor the historical significance of the occasion.

According to the concept paper of BONIFEST, Andres Bonifacio — the lowly bodegero (warehouse keeper) self-educated in liberal ideas from Europe, the French Revolution, and the works of Jose Rizal and Victor Hugo, was also a poet, writer and stage performer.

An activist and revolutionary, Bonifacio led the founding of the Katipunan (Association of the Highest and Most Respected Sons and Daughters of the People), “a national movement that waged armed struggle for independence from the Spanish colonizers.

The Philippine Revolution of 1896 won for the Filipino people freedom and independence from Spanish colonial rule. It earned for them the distinction of being the first people in Asia to rise up in arms against a colonial power.”