Hundreds of protesters chanting, “We are not your mascot!” rallied in Minneapolis on Thursday, saying the visiting Washington Redskins’ nickname was racist and degrading to American Indians, the Minneapolis Star Tribune reported.

The demonstrators, carrying banners and signs, gathered in a park near US Bank Stadium before the Minnesota Vikings took on Washington on Thursday night.

Representatives of the National Coalition Against Racism carried a large banner that read, “The ‘R’ word is no different than the ‘N’ word. Little Red Sambo has got to go!” US Congresswoman Betty McCollum and Minnesota Lieutenant Governor Peggy Flanagan, who is a member of the White Earth Band of Ojibwe, were among the speakers at the event, which was hosted by a coalition of tribal governments, the National Coalition Against Racism in Sports and Media and other American Indian organizations.

The Washington club has faced calls for years to change their name, although owner Daniel Snyder has resisted pressure and even argued that the moniker actually honors Native Americans. 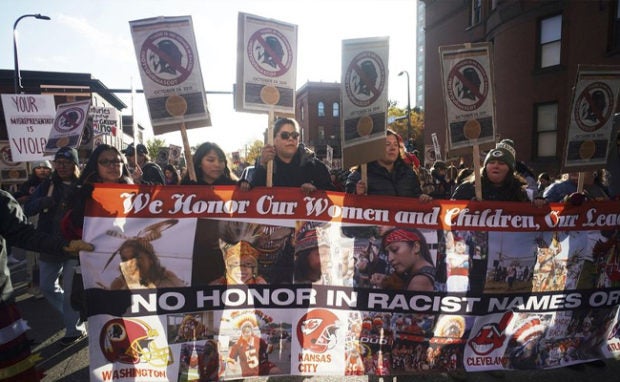 Snyder has maintained that stance even as some US sports teams have tried to step back from offensive images.

Major League Baseball ‘s Cleveland Indians, for instance, have kept their name but dropped their cartoonish “Chief Wahoo” mascot from their uniforms and almost all of their merchandise.