Getting a pair of Yeezy sneakers doesn’t need to make you blow a load of cash.
Kanye West and Adidas teamed up to release a new Yeezy, “Mauve” Yeezy Boost 700- and prior to this release, failure to make sales on the resale market, there were particular pairs which could be bought for just above retail but on this article we will cover which and where to find the most Affordable Yeezy’s. 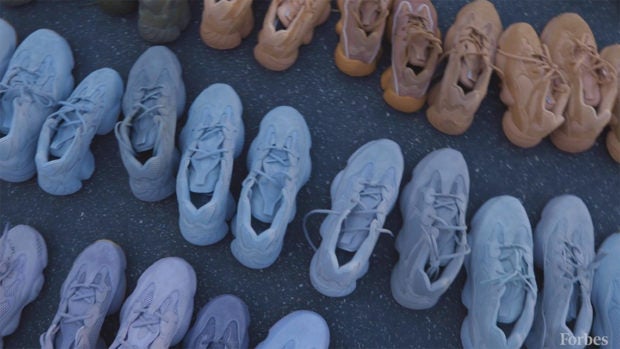 Just like the Adidas Superstar and Adidas Stan Smith, the Yeezy range has enjoyed a lot of patronages.

From Kid Cudi and Teyana Taylor to Kim Kardashian, Taylor Swift and several other hip hop stars, To get some of the unique styles such as the original Yeezy Boost 350s and 750s, you’d still need to pay quite a lot because these shoes are exclusive to select retailers like Yeezy supply.

However, according to Yeezy Mafia, several of the line’s common makeups including the white “Calabasas” Powerphase and the “Zebra” Yeezy Boost 350 V2 can be gotten at affordable rates.

Launched during a swarm of holiday releases last year, the “Blue Tint” Yeezy Boost 350 V2 was among the easiest to get colorways of styles presented up to that period.

The Yeezy 700 Mauve was destined to crash from the start.
It’s already excessive retail price and colorway that was nowhere as fascinating as the Original Wave Runner 700 were the two parts of its downfall.
However, this sneaker is still a solid one to buy and is available full family sizes.

Kanye West announced the release date of the “Triple White” 350 Vs in August.
He added that September would be the “largest drop ever” for the collection.
This is probably what caused the low aftermarket upcharge

The “Blush” style was among the first Yeezy 500 colorway to be released on its own.
However, it was open for pre-order and witnessed a huge scale release last spring, which made supply dwarf demand.

Yeezy 500 releases have enjoyed very little attention, which means resell rates are low as well.
Although all the colorways have been tonal, the black version might be the most Affordable Yeezy’s.

The “Butter” colorway of the Yeezy Boost 350 V2 showed up at a period when the hype for the silhouette had somewhat quietened down.
It was among the most accessible pairs to get until that period.

The white colorway of the Yeezy Powerphase Calabasas was the pioneering release of the model.
It is also the most costly Yeezy on the resell market, though it is still less expensive than models from the early days of West-Adidas reign.

Initially exclusively presented in a high-priced clothing bundle, the “Super Moon Yellow” Yeezy 500 has since launched in a way bigger numbers which consequently triggered its low resell value.

Original Price: $120
Average Resell Price: $159
There is no Powerphase Yeezy that has had particularly high aftermarket rates, it boasts a distinct suede overlay.

This effortless-to-wear and easy-to-get grey colorway rests right in the mid-price section and Affordable Yeezy’s.

It may have appeared near impossible to get this at a point.
Yet, here it is.
The Calabasas black Yeezys are available for purchase at almost retail price.