US Stocks Gain After a Mixed Set of Earnings Reports

Some of the companies’ earnings topped analysts’ expectations.
Others put traders in a selling mood after warning that the slowing global economy and trade tensions are hitting their profits.

While it’s still early this earnings season, traders are trying to gauge how much the U.S. trade war with China and a slowdown in global economic growth is hurting Corporate America.

Our financial achievements in the 3rd quarter were driven by:

The lack of direction in earnings Wednesday was reflected in the market, which spent most of the day wavering between tiny gains and losses.

“Fewer than a quarter of the companies have reported, so there’s a lot more to come,” said Sam Stovall, chief investment strategist at CFRA.
“But the results have been mixed so far, even with the bar being set as low as it was.”

Bond yields mostly held steady.
The yield on the 10-year Treasury note was unchanged at 1.76%. 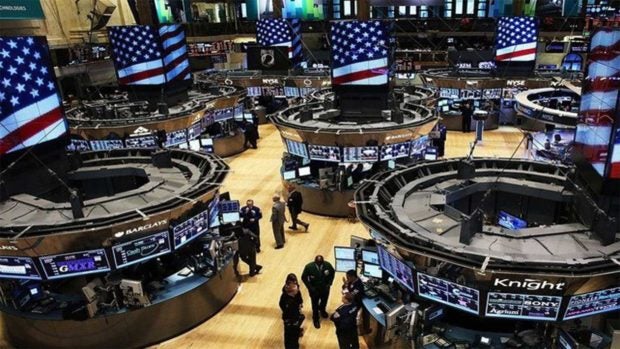 Roughly a quarter of the companies in the S&P 500 have reported how much they made from July through September, and analysts are still forecasting the index will end up showing a drop in earnings per share from a year earlier.

If they’re right, it would be the first time earnings have fallen for three straight quarters since 2015-16, according to FactSet.

The weakest results are expected to come from companies that are reliant on the strength of the global economy, which has been slowing amid trade wars.
Raw-material producers, technology companies and energy stocks are predicted to report drops of 10% or more, according to FactSet.

Analysts are forecasting stronger growth for communications companies and businesses that sell to consumers, which have been the strongest part of the economy.

One worrisome sign is that estimates for 2020 corporate earnings growth have been mostly reduced since the end of last month, Stovall said.

“There’s so much uncertainty out there right now,” he said.
“The US-China trade relations, whether that is likely to see improvement, and what kind of an impact Europe could experience when Britain does finally leave the EU.” 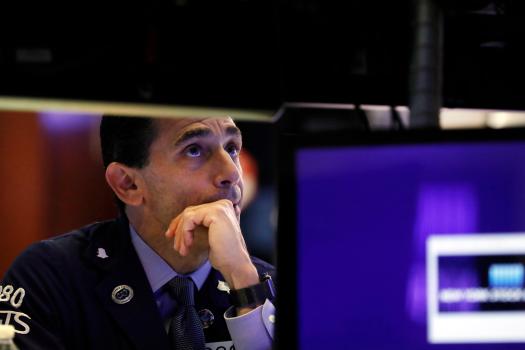 Boeing rose 1% after it said its 737 Max airplane may return to service by the end of the year and that it will gradually increase 737 productions by late 2020.
That helped make up for its weaker-than-expected profit for the latest quarter.

On the losing end was Texas Instruments, which said its customers have become far more cautious than they were even 90 days ago, with trade tensions a big factor.
It reported stronger profits for the latest quarter than analysts expected, but its forecast for this quarter fell short of their estimates.
It lost by 7.5%.

Caterpillar, another company whose fortunes are seen on Wall Street as closely tied to President Donald Trump’s trade wars, briefly declined before climbing 1.2% after reporting a weaker-than-expected profit for the latest quarter.

Stock indexes in Europe closed mixed Wednesday as the United Kingdom’s pending exit from the European Union appeared set for yet another delay.