President Donald Trump ended sanctions against Turkey on Wednesday, drawing a line under American involvement in “blood-stained” Syria, as Turkish and Russian troops seized territory previously held by US troops and their beleaguered Kurdish allies.

“Let someone else fight over this long blood-stained sand,” Trump said in a White House speech that formalized the ceding of power in northern Syria to Ankara and increasingly influential Moscow.

I really enjoyed my conversation with General @MazloumAbdi. He appreciates what we have done, and I appreciate what the Kurds have done. Perhaps it is time for the Kurds to start heading to the Oil Region!

Trump said he was lifting the sanctions because a ceasefire was holding in the area, which Turkey invaded to drive Kurdish military groups from their strongholds.

Trump called the ceasefire, which allowed the Turkish takeover to proceed largely unopposed, a “major breakthrough.”

Rejecting accusations that he betrayed the Syrian Kurds — who suffered thousands of casualties fighting alongside US troops against the Islamic State jihadist group — Trump said they were happy.

The president said the Kurdish commander in the country, Mazloum Abdi, had just told him he was “extremely thankful.”

Ankara ordered a cross-border operation into Syria on October 9 because it said it wanted to create a security cordon free of Kurdish armed groups that it considers to be terrorists, linked to Kurdish rebels inside Turkey.

The long-planned operation started after Trump announced the exit of the small, but politically significant US military force which had until then been closely allied with the Kurds.

Trump said he didn’t want the US troops caught in the middle of a Turkish-Kurdish war.

Accused both by Republicans and Democrats of abandoning the Kurds, Trump imposed sanctions on Turkey on October 14 and sent a delegation to persuade Turkish President Recep Tayyip Erdogan to order a brief ceasefire.

In a tweet from a spokesman on Wednesday, Mazloum thanked Trump “for his tireless efforts that stopped the brutal Turkish attack and jihadist groups on our people.” 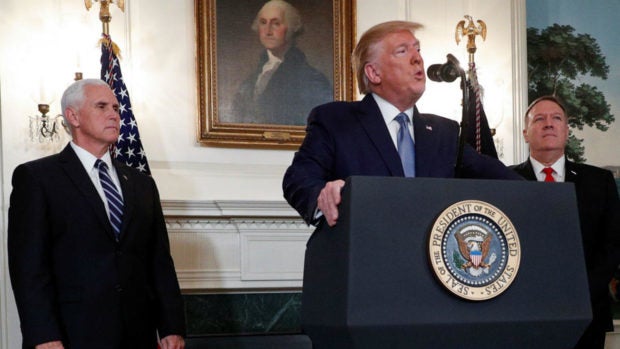 Russians Move to the White House

As US soldiers and the Kurds exited areas near Turkey’s border, Turkish troops and Russian troops, who have propped up Syrian President Bashar al-Assad through his country’s multi-sided civil war, moved in.

The first Russian patrol in northern Syria got underway on Wednesday, the defense ministry in Moscow announced.

Defense Minister Sergei Shoigu talked with Mazloum and reassured him that civilians would not have to leave their homes, a spokesman said -apparently addressing allegations that Turkey will seek ethnic cleansing in the region.

Critics of Trump say he has caved into Turkey and been outplayed by Russia.

“It is unthinkable that Turkey would not suffer consequences for malevolent behavior which was contrary to the interests of the United States and our friends,” tweeted Republican Senator Mitt Romney.

But Trump insisted that the power shift is a win for Washington because he is fulfilling a campaign promise to step away from “ancient sectarian and tribal conflicts.”

Trump said there was no risk that the turmoil in the area could lead to a reconstitution of the Islamic State, which has lost its once sizeable territories and has thousands of members and their relatives kept in camps controlled by the Kurds.

With concerns that the Kurds may no longer be able to monitor Islamic State prisoners, Trump said he expects Turkey to “abide by its commitment” to act as a “back-up to the Kurds.”

“Should something happen, Turkey is there to grab them,” he said.

He was speaking shortly after a US State Department official, James Jeffrey, testified in Congress that “over 100” Islamic State prisoners had escaped so far and “we do not know where they are.”

Trump said that a “small number” of US soldiers would remain nearby, but purely to guard oil facilities.

His central message was clear: that the United States has no business in Syria and that there was never any question of trying to stop NATO member Turkey from carrying out its invasion.

“We have spent $8 trillion on wars in the Middle East, never really wanting to win those wars,” Trump said. 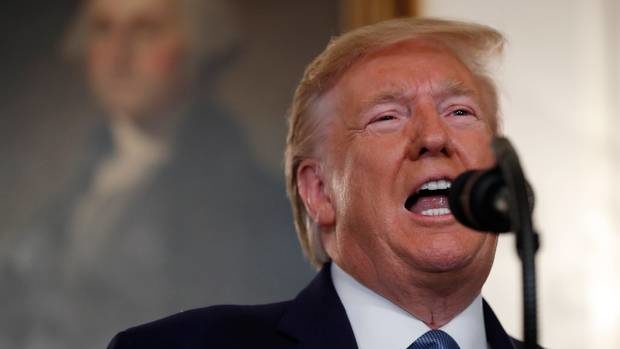 However, the isolationist policy grates on many Republicans, whom he is depending upon to save him from a Democratic push to impeach and remove him from office over allegations that he abused his office.

The US air power must “continue to control the skies over Syria” he said, adding that the military should “have a small –- but capable –- military partnership” with the Kurds to prevent Islamic State from reemerging.

The Turkish-occupied area was calm, the Syrian Observatory for Human Rights, a British-based war monitor, said on Wednesday.

However, explosions hit various parts of Syria’s northeast, including the Kurdish-majority city of Qamishli and the town of Suluk in the Tal Abyad region near Turkey’s border.

The car bomb in Qamishli did not cause casualties, according to the Observatory.

But the blast in Suluk, controlled by Ankara’s rebel proxies, killed three fighters, a rebel commander there told AFP.

It was unclear who was responsible for the blasts.

“Turkey’s objective is to kill, displace and occupy the Kurds.”