World Series: Epic Pitching Lineups Give the Lead to Astros

Two of the greatest pitching rotations in baseball playoff history will duel when the 115th World Series starts Tuesday with Houston’s Gerrit Cole and Washington’s Max Scherzer on the mound.

Major League Baseball ‘s best-of-seven championship showdown is the first since 1945 to feature six of the 20 pitchers with the lowest earned-run averages from the regular season.

Cole, Justin Verlander, and Zack Greinke ignite the Astros, who seek a second title in three seasons, while Scherzer, Steven Strasburg and Patrick Corbin power Washington, which will try to bring the US capital its first crown since 1924.

“Both sides have got unbelievable starting pitching so it’s going it to be a lot of fun,” Nationals manager Dave Martinez said.
“I just want our club to go out there and play the game like we’re capable of playing, and focus on the little things.”

It’s the first MLB playoff series to feature five of the 10 major league strikeouts leaders, paced by Cole and Verlander and joined by the Nats’ trio.
It’s only the second time since 1930 that the two teams with the most strikeouts from starters meet in the World Series.

“There are a lot of really good starting pitchers on the other side of the field, guys that kind of emulate the role in terms of longevity, durability, creativeness, tenacity, grit,” Cole said.
“Just a pleasure to share the field with them on the greatest stage.”

The Astros have won 16 consecutive games when Cole has started.
The 29-year-old right-hander hasn’t lost a game in five months and has struck out 39.7 percent of all batters he has faced in the season and playoffs, a major league record. 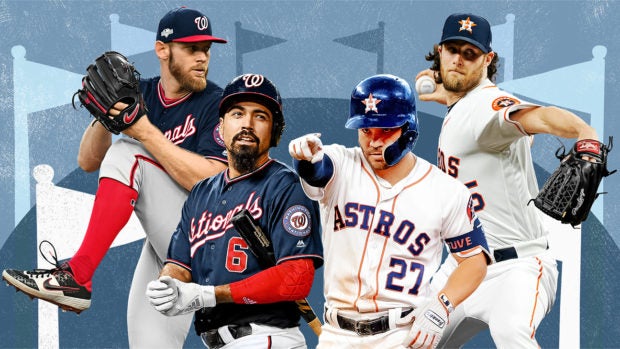 “When you dream as a little kid about storybook endings and players and scenarios like that, I feel tremendously humbled to be in this position,” Cole said.
“It’s very special.”

Scherzer feels the pressure of trying to match Cole’s success when he faces the Astros batting lineup.

“You just know you have to be great out there and put up zeros,” Scherzer said.
“You’ve got to match the intensity of your opponent.
Cole has had a great year so it’s going to be a heck of a challenge.

“You’ve got to be executing every single pitch you go out there and throw.” 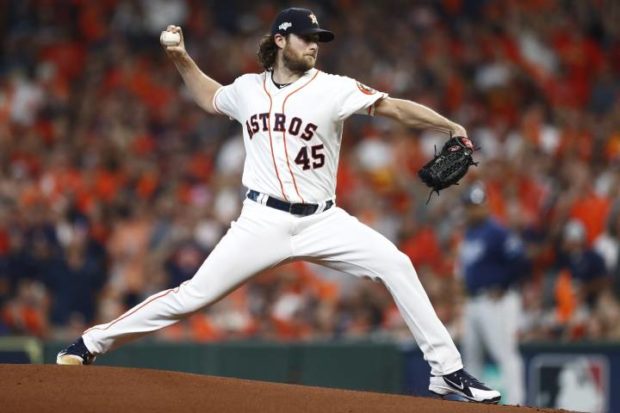 “And then his presence on the mound is determined.
He’s got a job to do and he wants to go out and do it and just put the blinders on and get after the ball.”

Astros manager A.J. Hinch says his hitters must wear down the Nationals’ starters to be successful.

“If you want to do well against the Nats, you’ve got to beat their starters, and then make them make decisions as the game goes on,” he said.

“If you sit back and kind of wait for the bullpen or wait for them to make a decision, you’ll look at Strasburg and Scherzer throwing 120, 130 pitches and you’ll be too deep in the game to make up a difference.

“Those guys getting 21, 24, 27 outs is a real possibility for them.
And that makes it tough either way.”

Scherzer, who has a rare condition that gave him one blue eye and one brown eye, will not have to bat in Houston as he would in a National
League parks, but using designated hitters under American League rules shouldn’t be a problem.

“I have a pretty good indication when he’s done,” Martinez said.
“We talk a lot during games.
But knowing that we don’t have to pinch-hit for him, we can keep him in the game longer.
But that all depends on how Max is doing, always.”