Mexico’s top prosecutor said Monday his office will investigate all those involved — including government officials — in a failed operation to arrest a son of jailed drug kingpin Joaquin “El Chapo” Guzman.

The operation last Thursday, which the defense minister has admitted was “badly planned,” turned into a fiasco when heavily armed gunmen from Guzman’s cartel waged an all-out war following his son Ovidio’s capture, leading the security forces to release him and retreat.

Eight people were killed in Culiacan — the state capital of the Guzmans’ bastion, Sinaloa — as the cartel launched a massive machine-gun assault on the western city, leaving the streets strewn with blazing vehicles. 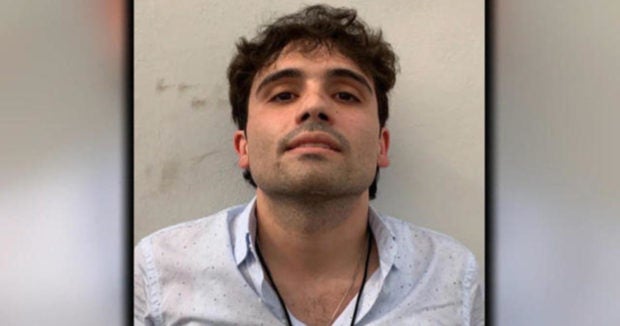 “We will be carrying out an exhaustive investigation to determine the responsibility of all those involved, on both sides,” attorney general Alejandro Gertz told a news conference.

“It is not just about the actions of one public servant or one criminal.
We will be analyzing all the facts… clarify what crimes may have been committed, then prosecute and punish them, without exception.”

Leftist President Andres Manuel Lopez Obrador, who has faced sharp criticism for Ovidio Guzman’s release, has defended his security team ‘s actions and said the decision was made to protect civilians’ lives.

Gertz said he did not believe the decision came directly from the president, saying: “That’s not his job.” 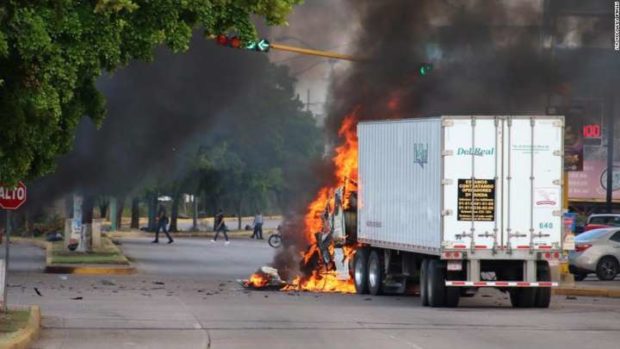 Lopez Obrador told a separate news conference that his “conscience is clear,” and that he would be willing to testify before any investigation into the incident.

Ovidio Guzman, 28, is one of at least 10 children of “El Chapo” Guzman, who is serving a life prison term in the United States after being convicted in July of trafficking hundreds of tons of drugs into the US over the course of 25 years.

Mexican officials met Monday with the American ambassador to Mexico, Christopher Landau, on curbing illegal arms trafficking, said Foreign Minister Marcelo Ebrard, who claims that many of the guns seen in the Culiacan clashes were made in the US.

Ebrard said Lopez Obrador discussed the matter with US President Donald Trump in a phone call Saturday, and that he expected the conversation would mark a “turning point” on the issue.