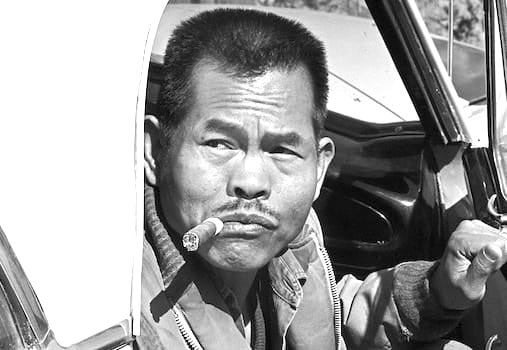 This is our time. Just us.  Filipino Americans.

Since Sept. 15, October has been concurrently National Hispanic Heritage Month, which notoriously double dips into two months and broadens its 30 days not unlike Imperial Spain.

It does, however, honor the days that countries conquered by Spain in Latin America and Mexico celebrate their independence. But expansion into October means the inclusion of Columbus Day, which takes the spotlight off the Italian’s dirty deeds to the indigenous with the name Dia de la Raza. Thanks to Ronald Reagan (Marcos’ buddy), who in 1988, made it all  Public Law 100-402.

The main event would be appear to have occurred Oct. 18, 1587. That’s when the very first Filipinos–some “Luzones Indios” traveling in a Spanish galleon—came ashore on the central coast of California. In Morro Bay, near San Luis Obispo.

FANHS has placed a sign heralding the arrival of the first Filipinos to the continental U.S., 432 years ago to date.

We honor it. But here’s the truth. They were essentially deckhands, slightly better than slaves. Had they made a break for it, or even joined the Native Americans they encountered, then maybe we could have owned California. Or really be worth remembering.

So, the date honors a high point in our subjugation. We were here first as middlemen for Spain. We did the dirty work for the colonizers. But our Filipino feet stepped foot in America first!

I’d rather get out the birthday horns out for Larry Itliong. Turns out October has some special birthdays, mine on the 9th is not the significant one

But October  25th, that is the birthday of Delano leader Larry Itliong.

If you know Cesar Chavez, the Mexican American farmworker leader, then you should know Larry Itliong. The two should be forever linked, but somehow the linkage was lost. Itliong became the great Filipino American historical omission.

While Chavez is remembered as the farmworker icon, his name emblazoned on schools, parks, and roads, Itliong has been generally forgotten, treated by society as it seems Filipinos have always been treated. As nothing.

But labor movement historians know that without Itliong, there would be no Chavez. And slowly there has been a push to put his name on schools and buildings as a belated memorial.

His name on a school means little. You have to hear his words. And he said plenty.

“You go to the United States where they pick money on trees,” Itliong says on a special tape recording of a classroom talk at Debra Panganiban Louie’s Asian American class at UC Santa Cruz in 1976.

“Did that happen? Hell, no,” adds Itliong, who lived when Filipinos worked the fields for less than a dime an hour.

Itliong came to America as a laborer in the 1920s. Just like my dad.  He was 16 with just a 6th grade education.

Unlike Chavez, Itliong was not a mysterious, charismatic figure, He was a streetwise guy, who chomped on cigars and lost three fingers in a Alaskan cannery accident. Thus, the nickname “7 Fingers.” He was a guy who wouldn’t back down. Itliong knew both how to talk and fight.

“I have the ability to make that white man know I am just as mean as anybody in this world,” he says on the tape to students in 1976, a year before he died at age 63. “I could make him think, and I could make them recognize that I’m a mean son of a bitch in terms of my direction fighting for the rights of Filipinos in this country. Because I feel we are just as good as any of them. I feel we have the same rights as any of them. Because in that Constitution, it said that everybody has equal rights and justice. You’ve got to make that come about. They are not going to give it to you.”

Itliong says Filipinos in the fields would too often find themselves netting less than 75 cents for an 8-hour day. And because of their status, they were barred from owning property, marrying, or starting families.

“Prior to 1936, we were nobody,” Itliong says on the taped lecture. “We’re not considered nationals, aliens, not considered citizens, we’re nothing. We are nothing in this country. It means you don’t have any kind of recognition.”

Itliong fought for the Filipinos, but only recently has there been a move to fight for him. It may be because he was a fearless, loud, and very public Asian American of Filipino descent, with an open and blunt communication style.

“Lots of Pinoys don’t like me because I’m an outspoken person,” he said in the classroom tape. “If I don’t like you, I’ll tell you, you know. But if I know you’re wrong, I’ll tell you you’re wrong…But if you don’t tell me I’m wrong, how can I correct myself…and how can we progress? Especially in this country…Here in the United States, there’s very few of us. The least we can do is to be able to understand and be able to work with each other.”

There was nothing wrong with Itliong’s approach. Only with history’s failure to recognize his unwavering advocacy to empower exploited Filipinos.

Itliong’s gift remains to this day a powerful model for us all.

On the 10th Anniversary of October as Filipino American History Month, we remember Manong Larry.

Marcelo Del Pilar was Plaridel. And I am “Amok,” still waving my bolo after all these years.

I was honored to receive three Plaridel awards on Oct. 4 in San Francisco for my work published in  Inquirer.net for best news, feature ,and audio stories.

The news story was my column on San Francisco State Professor Dawn Mabalon’s death in Hawaii. A trustee of FANHS, Mabalon was a powerful voice in establishing Filipino American history as a legitimate discipline in the academy. The second award for feature story was on the New Zealand mosque massacre and my connection to the story through my Filipina cousin who became a Muslim in Dubai. The final award was for my podcast, “Emil Amok’s Takeout” which focused on the stigma of mental health.

Emil Guillermo is a journalist and commentator. He writes a column for the North American bureau. Twitter @emilamok. Listen to him on Spotify and Apple Podcasts.