A New York court found the brother of the president of Honduras guilty of drug trafficking Friday, in a blow to the leader of the Central American country.

Juan Antonio Hernandez, known as Tony Hernandez, was convicted by a jury on all four counts, a spokesperson in the Manhattan prosecutor’s office told AFP.

BREAKING: A jury in New York has found the brother of Honduran President Juan Orlando Hernández guilty of drug smuggling.

Prosecutors said the former Congressman had used his government connections to smuggle cocaine through Honduras to the US.https://t.co/kKEuBWWkPB

Hernandez, a former Honduran congressman, was arrested at a Miami airport in November 2018 on charges of conspiring to import cocaine into the United States, weapons offenses and making false statements.

He is the brother of President Juan Orlando Hernandez, who tweeted Friday that his brother had been convicted with “testimony from confessed murderers.”

Sentencing is due on January 17.
Hernandez, 41, faces from five years to life in prison.

The US government argued that Hernandez was a large-scale drug trafficker who worked from 2004 to 2016 with others in Colombia, Honduras, and Mexico to import cocaine into the US by plane, boat, and submarine.

The prosecution also said Hernandez, who served as a member of the Honduran Congress from 2014 to 2018, was involved in at least two murders of rival drug traffickers in 2011 and 2013. 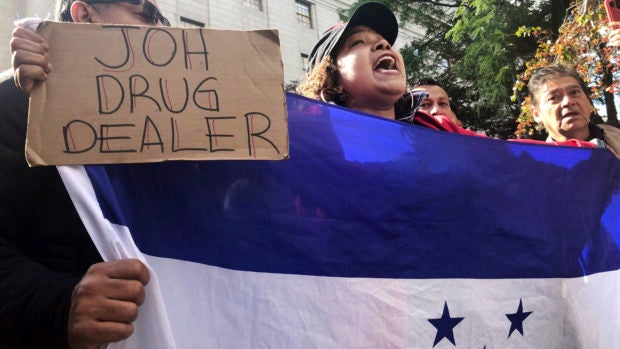 Some of the cocaine he was transporting was labeled with his initials “TH,” prosecutors argued.

The trial also featured compromising allegations against the president himself.

The prosecution claimed that several candidates from Honduras’ ruling National Party accepted campaign funding from Tony Hernandez, including former president Porfirio Lobo and the current president, who was elected first in 2013 and again in contested elections in 2017.

The Manhattan prosecutor’s office filed a motion in August alleging that President Hernandez received at least $1.5 million in drug money from one of the prosecution’s cooperating witnesses for his first campaign, and $40,000 for the second.

President Hernandez and Lobo have both rejected the accusations, and neither has been formally charged by the US judicial system. 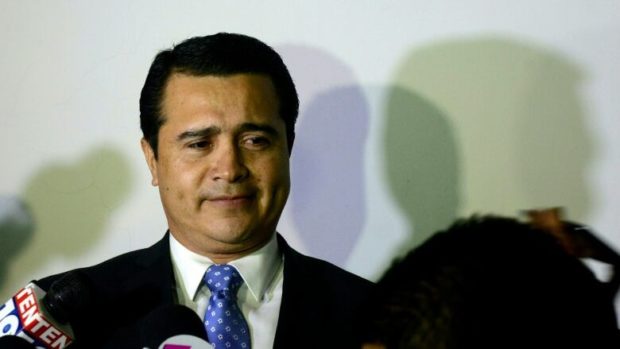 US prosecutors have aggressively pursued current or former Honduran public officials and their relatives over drug trafficking allegations.

The verdict comes after Mexican kingpin Joaquin “El Chapo” Guzman, the 62-year-old former co-leader of Mexico’s feared Sinaloa drug cartel, was convicted in New York in February of smuggling hundreds of tons of cocaine, heroin, methamphetamines, and marijuana into the United States.

He has been jailed for life, a sentence he is appealing.