Documentary “Kept” tells the story of Nanay Fedelina, a domestic worker who was a victim of human trafficking. JEREMIAH YSIP

BA Correspondent Steve Angeles, who is also the documentary’s writer and producer, learned of the story of Nanay about a year ago while he was covering the Pilipino Workers Center (PWC).

“It was still in the prosecution stage, but due to the sensitivity of this, we kept this story a secret until they felt it was time to share her story, which we started doing on our BA newscast,” explains Angeles.

According to the U.S. Department of Homeland Security, “Human trafficking involves the use of force, fraud, or coercion to obtain some type of labor or commercial sex act. Every year, millions of men, women, and children are trafficked worldwide – including right here in the United States. It can happen in any community and victims can be any age, race, gender, or nationality.”

The oldest human rights organization in the world, antislavery.org, lists human trafficking and forced labor as forms of modern slavery.

Throughout the duration of filming Nanay for several days, Jeremiah Ysip, director for the documentary, notices Nanay’s eyes. “Heavy were the bags Nanay carried in her eyes. Tears that weighed her down for years, unable to be moved. Smiles gone, laughter lost, and the inability to speak all showed in her swollen eyes. Pain and silence, the hidden baggage Nanay kept,” Ysip observes poetically.

“Human trafficking is a global phenomenon and it’s very hard to track. There’s a lot of people who do not report it and we only know about it when we rescue someone or when they actually report it themselves,” explains Philippine Vice Consul General and Assistance to Nationals Program Head of the Los Angeles Philippine Consulate Dyan Pastrana Miranda. 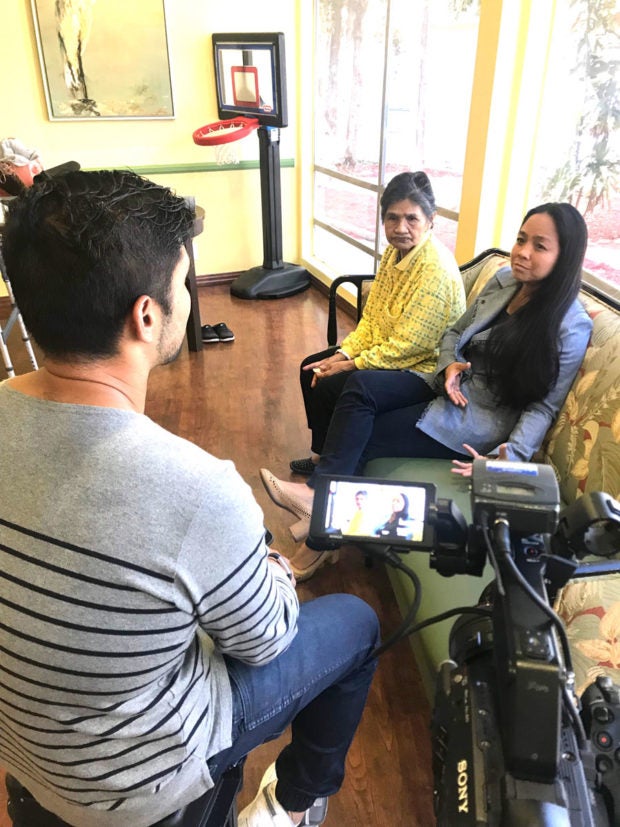 Angeles says that aside from Nanay’s unique case, the decision to create the documentary was “to raise awareness and give possible victims some hope and maybe help them break out of their own chains.”

Angeles adds, “When you search for movies or documentaries about ‘trafficking’ and ‘slavery’ most of the focus is on pre-civil war African slave ships and sexual exploitation. You never hear much about these isolated cases of personal labor trafficking which is a big concern to Filipino migrants and quietly happens under the radar in our own communities.”

Executive Director of the Pilipino Workers Center Aquilina Soriano Versoza states that Nanay’s story “is a concrete case that this is happening around the corner in our neighborhoods.”

ABS-CBN International Head of News Production for North America Troy Espera says that “There’s really a stark cultural difference between the U.S. and Philippines when it comes to employing domestic helpers. ‘Kept’ is a story in which those cultures have clashed.”

Espera hopes that “sharing the experience of Nanay Fedelina is a chance for us to start a dialogue and ask ourselves tough questions: Do we as a community need to reexamine ‘yaya culture’? Does our culture contribute to the exploitation of our own people? How do we address the socio-economic drivers that delivers workers into these abusive situations?”

Watch Nanay’s compelling story and be part of a meaningful conversation on a topic that impacts lives – “KEPT: Six Decades of Servitude,” A BA Original Documentary, premieres on Saturday, October 19 at 3:25 P.M. (PST) with a replay on Sunday, October 20 at 5:00 P.M. (PST).

If you believe you are being exploited or know someone who may be a human trafficking victim, contact the Pilipino Workers Center (PWC) at (213) 250-4353 or go to https://www.pwcsc.org/.