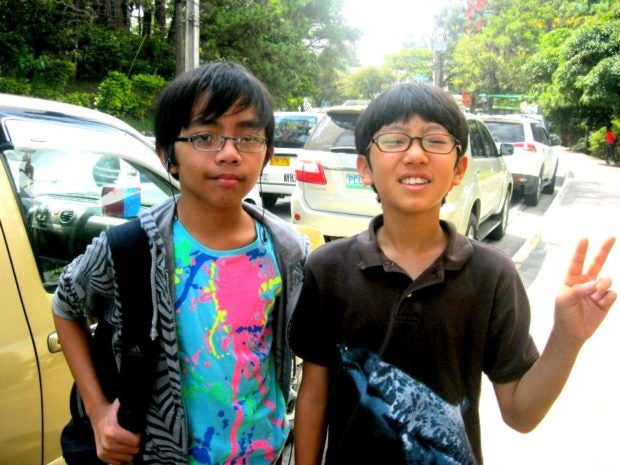 During a visit to Manila six years ago, I found out that an old friend and classmate was ill and in the hospital. I still had a few days left and could have visited Andrew. But I didn’t. He’ll be fine, I thought. I’ll see him again on my next visit.

But there was no next time.

A few weeks after I returned to California, I got a Facebook message from another friend, Clarence: “Sad news. Andrew passed away today.”

Andrew, Clarence and I had been close friends in our freshman and sophomore years at the Ateneo. As with most high school friendships, we drifted apart through the years.

Andrew went to Oregon where he finished high school, went to college before returning to settle in  Manila. Clarence moved to Singapore, and I was in San Francisco. We reconnected occasionally, with the help of social media and during times when I went home for a visit. I actually got to see Clarence a couple of times when visited San Francisco.

Like Andrew, Clarence also fell ill. He subsequently bounced back, though our friends and I knew he was in poor health. I should call or set up a time for a phone chat, I kept telling myself. But aside from a few emails  checking on how he was doing, I never did.

Just four years after our friend Andrew passed away, Clarence also died, leaving behind his wife and young son. A friend who attended a memorial in Manila observed how his son held Clarence’s urn and appeared not to want to let it go. I sometimes still find myself staring at an unanswered Google Hangout chat invite I had sent him.

You’d think I would learn from those lapses. But no.

Sue was a good friend and colleague at a financial news site where I worked for seven years. After I left in 2014, we continued to stay in touch via email and Twitter. Several times, we talked about getting together for coffee or lunch.

But that never happened. Two weeks ago, I got a call from a mutual friend who let me know Sue had died.

We all know the cliche: Life is short. Staying in touch with loved ones and friends is important. It’s good for the soul. I kept that in mind when it came to my parents, who both passed on over the past six years.

When my father fell ill six years ago, my sister told me, “You better come home.” And I did. I spent a week with him when he could no longer walk and was being cared for by nurses and my mother. He died three weeks after I returned to California. I flew back across the Pacific to bury him.

Two years later, it was my mother who fell ill and again my sister told me: “You better come home.” And I did. In a way it was too late. My mother could longer speak and just had a blank stare on her face when I saw her. I stayed for a week to be with her. Six weeks after my visit, she passed on. I flew back home to bury her next to my father.

I haven’t been making good choices when it comes to keeping up with friends. I sometimes think Facebook and social media in general have given us all a false sense of being connected with friends. These connections are weak.

“Grats on you latest move,” Sue said in a Twitter message in May after I returned to journalism.

“Thanks Sue,” I wrote back. “Let’s have lunch one of these days.”

I left it at that. That day never came.