Democrats, Republicans to Seek Reversal of Trump’s US Troop Withdrawal from Syria

The top congressional Democrat said Monday she had agreed with Republicans on the need for a resolution to overturn Donald Trump’s “dangerous” troop withdrawal from northern Syria, as the US president threatened tough sanctions against Ankara.

House Speaker Nancy Pelosi also said congressional Democrats and Republicans were forging ahead with their own sweeping sanctions bill over Turkey’s incursion against Kurdish militia in Syria — saying the measures being drawn up by the White House did not go far enough.

.@realDonaldTrump’s newly-announced sanctions against Turkey fall very short of reversing the humanitarian disaster brought about by his own erratic decision-making. https://t.co/MMvt0S9Tl6

“Big sanctions on Turkey coming!” tweeted Trump — who has pre-approved “very significant” sanctions to dissuade Turkey from further offensive action in northeastern Syria, so far to no avail.

Trump’s decision to pull US troops out of the area — clearing the way for the Turkish incursion — has been attacked at home as a betrayal of America’s Kurdish allies, that risks triggering a resurgence of the Islamic State group. 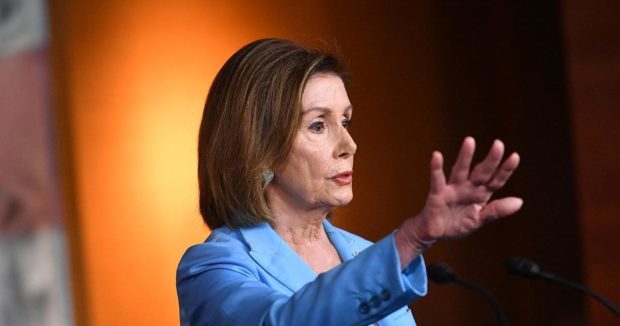 Pelosi said she held talks with senior Senator Lindsey Graham, a hawkish Republican who has Trump’s ear, and who angrily split with the president on the Syrian withdrawal.

“Our first order of business was to agree that we must have a bipartisan, bicameral joint resolution to overturn the President’s dangerous decision in Syria immediately,” Pelosi said on Twitter.

She also signaled that the White House sanctions package was unlikely to placate furious lawmakers including Republicans.

“As… the President gave a green light to the Turks to bomb and effectively unleashed ISIS, we must have a stronger sanctions package than what the White House is suggesting,” Pelosi said.

US lawmakers return to Capitol Hill Tuesday after a two-week break and Graham confirmed Monday they would be working to swiftly introduce bipartisan legislation to sanction Turkey.

“Republicans and Democrats working with the administration are going to come down on him like a ton of bricks — Iranian-type sanctions — and he deserves it,” Graham told Fox News, saying he would meet with Trump Monday afternoon to address the situation. 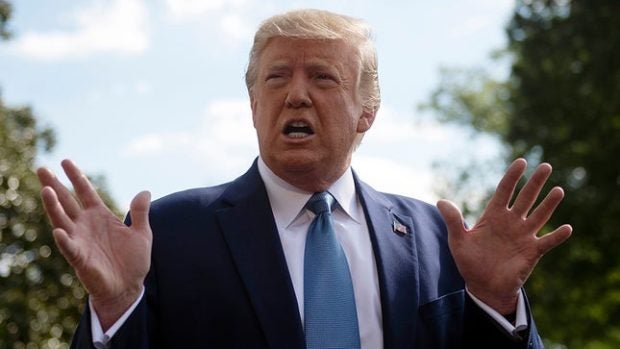 I’ve never seen such bipartisan support.
We’ve all had it with Erdogan.”

Graham did not, however, confirm his support for a resolution aimed at reversing Trump’s troop withdrawal — which would still need Senate Majority Leader Mitch McConnell to bring it to the floor for a vote.

It was not clear whether Trump plans to wait for Congress to act — or go ahead and issue an executive order for immediate sanctions by the US Treasury.

“It’s definitely not too late for the US to impose sanctions on Turkey,” said Treasury Secretary Steven Mnuchin after meetings in the White House.

But, he added, “It’s a complicated situation,” given Turkey’s membership in the North Atlantic Treaty Organization.