The US Blacklists South Africa over Corruption | Jacob Zuma

The US Blacklists South Africa over Corruption

The three Indian-born Gupta brothers — Ajay, Atul, and Rajesh — are at the center of a South African investigation into rampant corruption during Zuma’s nine-year administration.

His rule ended with a myriad of graft scandals that forced him to step down in February last year.

“Treasury’s designation targets the Guptas’ pay-to-play political patronage, which was orchestrated at the expense of the South African people,” she said.

The sanctions immediately freeze any assets the blacklisted individuals have under US jurisdiction and forbid Americans and US businesses -particularly international banks with any US operations — from transactions with them.

The sanctions were placed under the US Global Magnitsky Act which targets large-scale corruption and human rights violations. 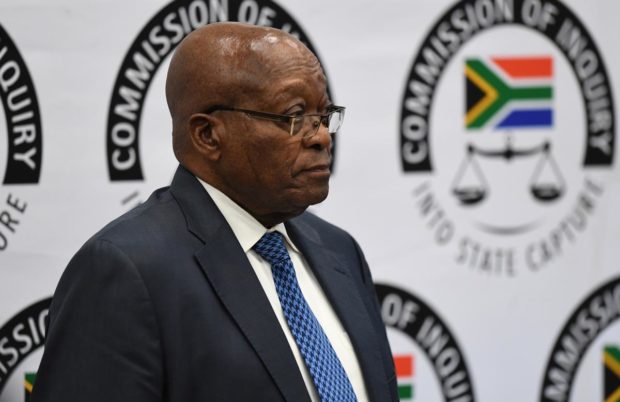 “We support the anti-corruption efforts of South Africa’s independent judiciary, law enforcement agencies, and the ongoing judicial commissions of inquiry,” the Treasury said.

The Gupta brothers are accused of fraudulently profiting from government contracts, including energy and transport deals, through their close association with Zuma.

The accusations are part of an ongoing judicial inquiry probing allegations that Zuma organized systematic plunder of government coffers in a scandal known as “state capture”.

South Africa’s justice minister “welcomed the collaborative efforts by the USA government” in the “fight against corruption”.

“The interest of justice must not be shackled by any boundary or border and justice must be seen to be done without fear or favor,” Ronald Lamola said.

The Guptas’ lawyer Rudi Krause said he was “aware” of the US’s decision.

“A press statement dealing with the issue will be published in due course,” he told AFP. 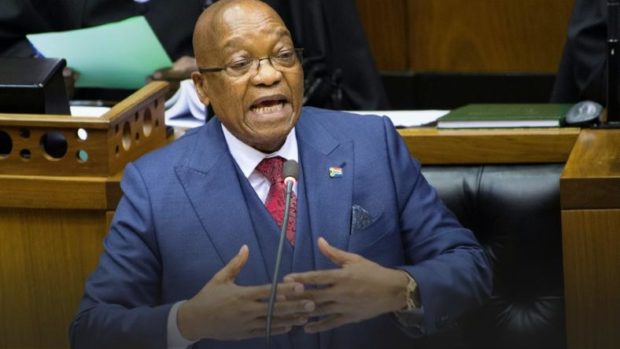 Once one of South Africa’s wealthiest families, the Guptas left the country when the ruling African National Congress ousted Zuma from power early last year.

The brothers are reported to have relocated to Dubai, leaving behind a once-giant mining-to-media business conglomerate in shambles.

They have not been charged and their exact whereabouts are unknown.

They were linked to a massive $15 million temple the brothers are building in their hometown of Saharanpur.

Zuma appeared before the state capture commission in July but withdrew on grounds that he had been “treated as someone who was accused,” according to his lawyers.
He has agreed to return at a future date.

The former president’s 35-year-old son Duduzane Zuma testified this week after he was accused by witnesses of acting as a conduit for the Guptas’ bribery.

He dismissed testimonies of a former deputy finance minister who said he was offered a $40-million bribe by Ajay Gupta at a meeting arranged by Duduzane Zuma, who was in a business partnership with the brothers.

“I’m not corrupt, I have not taken money from anybody, I never have and I never will,” Duduzane Zuma told the inquiry on Tuesday.

President Cyril Ramaphosa, who succeeded Zuma, has vowed to root out corruption.

Meanwhile, a South African court is scheduled to rule Friday on whether to press on with an earlier case involving corrupt payments Zuma allegedly received from a French arms company during the 1990s.