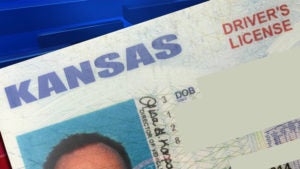 WICHITA, Kansas — Kansas is launching a project to help immigrants in one meatpacking town get driver’s licenses, by offering them free translators when they take their exams.

Meatpacking plants, the largest employers in western Kansas, have drawn a diverse population to the region, but the state offers exams only in English or Spanish. The pilot project in Garden City that starts June 21 won’t cost the state anything, because the translators will be volunteers.

“This partnership affords immigrants and refugees more than just the ability to drive,” said Benjamin Anderson, who came up with the idea. “It represents independence and, for many of them, it represents a sense of identity — a feeling that ‘I belong here.’ … And from a practical standpoint, this will result in safer drivers — a safer environment on the roads because people will be driving legally.”

Anderson, the administrator of the Kearney County Hospital in Lakin, has championed the immigrant communities that have settled in western Kansas. His deal with Kansas driver’s license officials will provide volunteer translators in at least seven different languages: Somali, Arabic, Sudanese, Burmese (Karen dialect), Swahili, Filipino (Tagalog), and Ethiopian. The translators will help people take written and behind-the-wheel driver examinations in Garden City.

Kansas law already requires people who get a driver’s license to be living here legally, and simply offering the examinations in more languages doesn’t change that requirement.

“What is in it for Kansas is to make sure that we have as many safe drivers on the road as possible,” said Breana Berroth, driver’s license manager for the Kansas Department of Revenue.

Kearney County Hospital is working with Tyson Foods, which employs translators at its meatpacking plant outside Garden City, to help find the volunteers for the program. The hospital is also drawing on its relationships with local immigrant communities.

One of the volunteers is Mursal Naleye, a Somali who works as a translator at the Tyson Foods plant. Naleye has had his driver’s license for seven years and often gives rides to others.

“I know several of them want to get their license, but they are having problems with the language,” he said.

Some immigrants living in Kansas have been getting their driver’s licenses in Texas and Colorado, but the Revenue Department’s motor vehicles division has been cracking down on that practice, Berroth said. Some new immigrants are just driving without a license.

“It doesn’t mean that they aren’t learning English or anything like that, but you know the driver’s license is the first step for them to really function in Kansas,” Berroth said.

Another person who plans to volunteer for the program is Ifrah Ahmed, who came to Kansas in 2012 from Kenya, where English is taught as a second language in schools.

“I understand how it feels like,” Ahmed said. “When I first came somebody did help me. Fortunately, I could speak English, but for most people they can’t.”

Ahmed said some immigrants buy a driver’s license from other states, but wind up getting in trouble. She added that there have been many accidents happening in Garden City involving immigrants who don’t understand the rules of traffic.

Some states such as California already offer their driver’s license exam in dozens of languages that reflect their own populations, while others may offer just one or two languages. Berroth noted that some states have different testing systems that can accommodate more languages or have had universities translate the written driving exams.

The Kansas program comes against the backdrop of last year’s decision by Republican Gov. Sam Brownback to withdraw from the federal government’s refugee resettlement program. But Berroth said she has not heard anything from Brownback’s administration about the driver’s license project.

The changing demographics in western Kansas are part of a nationwide trend that some studies show will eventually make minorities the majority of the U.S. workforce which will be paying the Social Security of today’s generation of workers, Anderson said.

“And the questions we need to ask ourselves at this point is do we want them to be housekeepers and line workers … or do we want them to be engineers and physicians and innovators,” Anderson said. “This partnership … is one step toward saying, ‘We want them to grow and develop because we are going to rely on them to carry our economy 20 years from now.’