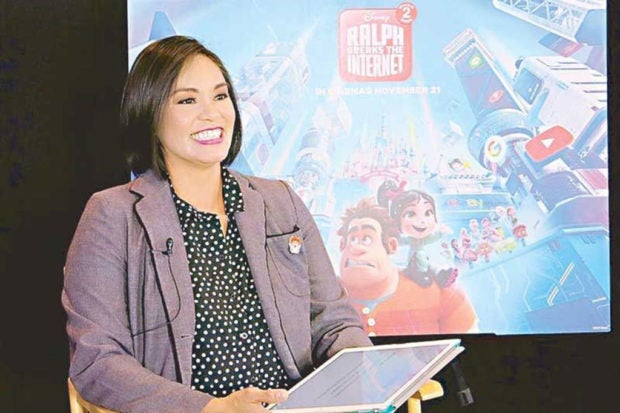 Trinidad began as a story trainee at Walt Disney Animation Studios in 2004 after graduating from the CalArts Character Animation program. Since then, Trinidad has worked on a number of Disney and Pixar features, serving as a story artist on “Tangled,” ”Wreck-It Ralph” and “The Princess and the Frog.”

In addition to extensive work as a story artist and animator, Trinidad also provided the voices of Dharma Armadillo in “Zootopia” and Jubileena Bing Bing in “Wreck-It Ralph.”

In July, Trinidad was accepted as a member of the Academy of Motion Picture Arts and Sciences.

“We aim to have Walt Disney Animation Studios serve as the premier home for filmmakers interested in telling engaging stories within the limitless animation medium,” Lee wrote in a statement.

“Carlos and Suzi are two incredible, inventive filmmakers who have both received acclaim for their work. Josie and Marc, master, lead story artists, have been instrumental in shaping such films as ‘Zootopia’ and ‘Frozen,’” she continued.

“We are so thrilled to have these four talented artists join our 96-year-old studio as directors and help us build the stories of our future — adventures in completely original worlds, stories from around the globe and the next generation of musicals.”