Should You Invest in Bitcoin or Traditional Stocks? Herer is The Answer

Should You Invest in Bitcoin or Traditional Stocks?

As fiat currencies worldwide take a beating due to the US-China Trade War, slowing economies in most of the developed world, there has been awakened interest amongst many investors for an alternative that is immune to the vagaries of geopolitical and economic realities. Cryptocurrencies but the question remain, Should You Invest in Bitcoin or traditional Stocks? 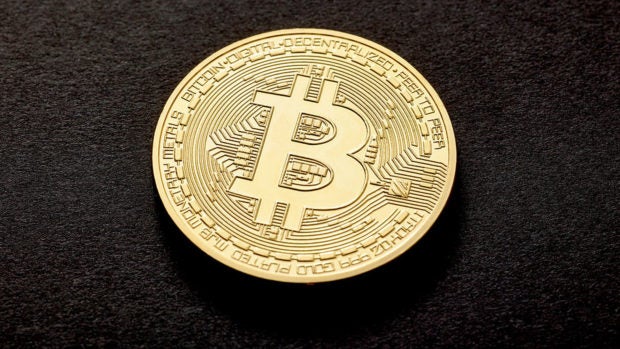 You could get started investing in any of them either by buying from someone who already has, investing in a company engaged in developing blockchain technology or firms that specialize in mining cryptocurrency.

Cryptocurrencies are generally considered a form of alternative investments.

Alternative investments are referred to as non-correlated assets because their performance is not affected by traditional asset classes like bonds and stocks.

It is general investing wisdom that not more than 20% of an investment portfolio should be constituted alternatives.

Since cryptocurrencies are a form of alternative investments, you should take note of this, irrespective of whatever crypto you choose to invest in.

This is a cryptocurrency token that runs on the Waves platform with a maximum supply of 1.11 million coins.

Maker is a smart contract platform that runs on the Ethereum platform.

MKR tokens were developed to pay for transactions on the Maker system and give holders voting rights on the system but have found acceptance and usage outside the platform.

ETH is the foundation of several other cryptocurrency markets and exchanges trade in use.

Unlike Bitcoin, it is not just a cryptocurrency, but also a decentralized computing platform.

It is the mode of payment for miners on the Ethereum network.

Its lowest price was in October 2015, three months after it was launched to the public at the rate of $0.42.

Like most cryptocurrencies that peaked during the period, it has taken a dip since then to $185.43, its price as at the time of writing this article.

Why Should You Invest in Bitcoin Currently, there is a lot of growing fear in the market about another dip in the market price, similar to the December 2018 situation when the price crashed to $3,000.

On the other hand, the top 10% who own 67% of bitcoin holdings have been on a buying spree lately, rather than selling.

They may be the minority in number, but considering the fact that they own a larger volume of bitcoin assets with more risk attached, their holding position should be strongly considered as an argument in favor of buying And Selling Bitcoin.

Based on the ongoing recurrent Bitcoin prices and dip in the crypto market, buying with a short-term goal of hitting $13,000 and selling is not a bad idea.

Why Is Investing in Bitcoin A Good Investment?

It is quite volatile and is prone to severe dips in price that have almost wiped out entire investments.

That’s why at the beginning, we advised that not more than 20% of your investment portfolio should be in alternative investments vis-à-vis cryptocurrencies.

Bitcoin Exchange is good for investors who are not risk-averse and don’t mind the patient’s investment.

If you had bought Bitcoin when it was originally launched in 2009, you would have enjoyed an average growth on your initial investment of 28% every month.

If you had bought a share of Amazon during the same period, it would have cost you more at $274.

Looking back, which of them is obviously the wiser investment?

The key thing with Bitcoin Stock Market and other cryptocurrency stocks is to look at things from the long-term perspective, instead of letting current price dips and rises affect your focus.

The truth is generally, cryptocurrencies are going in only one direction; Up.

If you’d prefer to invest in traditional stocks, here are some good stock choices you can go with.

Advanced Micro Devices (AMD): The stock value of the semiconductor maker with a near-monopoly of the server processor market has been up 80% in the past year.

There are reports that Google is dissatisfied with Intel’s services and is considering a switch to AMD.

If this happens, you can expect an upswing in share prices.

Nike (NKE): The retail market has been difficult and is traditionally highly competitive, but Nike has been riding the waves, beating all the sales expectations in major regions globally and for all categories of its products.

Microsoft Corp. (MSFT): This is the only US company with a market capitalization exceeding $1 trillion.

Microsoft has taken the lead from Amazon in the profitable cloud services business and its Office package has seen increased revenue.

Microsoft and Amazon are the finalists in a US Department of Defense cloud contract bid that will be awarded by the year-end.

If this goes the way of Microsoft, share prices are sure to appreciate.

Traditional Stocks are also a good way to invest but it will take you 4x longer to match cryptocurrency yields.