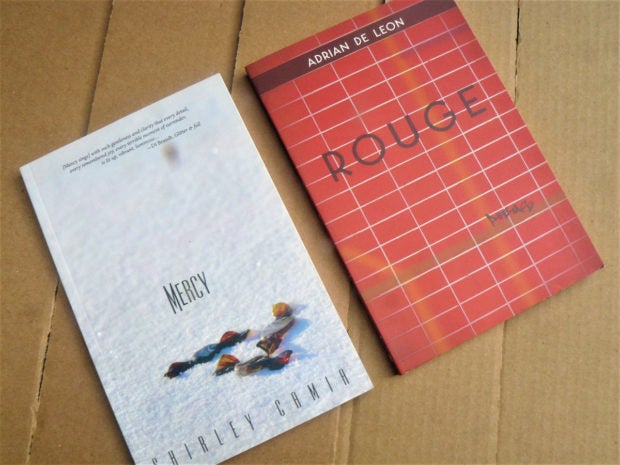 TORONTO, Ontario — Two poetry collections by Filipino Canadians in Toronto, ROUGE by Adrian De Leon (2018) and MERCY by Shirley Camia (2019), emerged from tragedies — one public, the other, personal.

ROUGE is a response to the 2012 mass shooting at a block party on Danzig Street in Scarborough, Ontario. MERCY, is Camia’s meditative journey as her mother lay dying in hospital and until the latter passed away a year later.

How the two young poets approach loss informs the way they weave mourning from fragments of memory, introspection and observation.

Just recently released by Turnstone Press, MERCY sequences the rituals of grieving in four sections: Dusk; What People Say at a Wake; Memento; Completing the Crossing. It allows the poet to limn her thoughts and feelings before, after and in-between in slow motion but in a spare, almost Zen-like language. Each word propels the next as if by naming the loss that has no name and the absence that tugs by its presence the self can be purged of its grief. 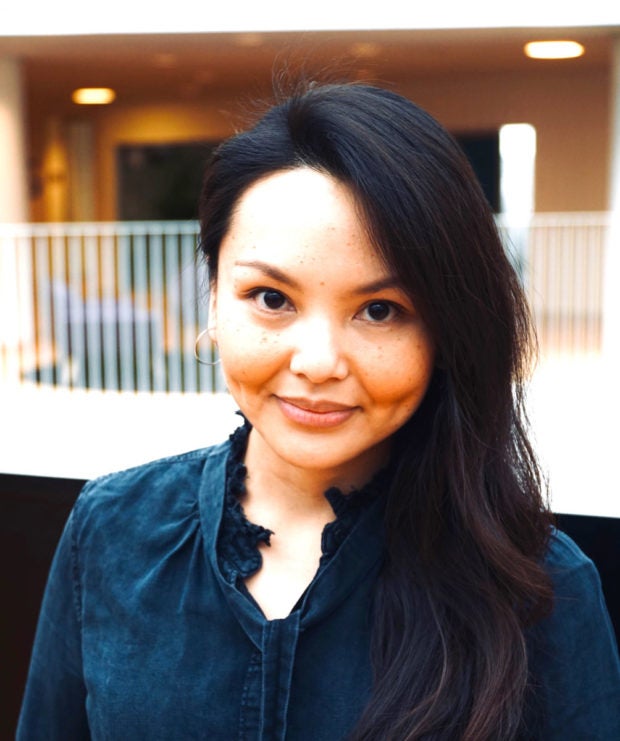 How does one find healing? It is one of poetry’s raisons d’être to come to the griever’s rescue. To work the stuff as poet A. R. Ammons says only poetry can do: “… may we walk with you as along a line of trees, every now and then your clarity and warmth shattering across our shadowed way.”

In the opening poem, “Dream I,” Camia addresses her mother as the latter leaves for the last time:

that meets the future

The last triolet, almost haikuish, explores a gamut of emotions that signifies the finality of the past severing from the present and facing the future.

In “Sorting through documents at dawn,” Camia sweeps her hair with her hand, but finds herself wanting the hand to be her mother’s. A time, too, when the poet questions the authorial self after discovering her old SIN files: “who am I now,” and finding a book and in between the pressed pages, “a comma and a curse.”

Although the silence of grieving brings enormous sorrow, it can also spawn little resurrections as in:

The shock of endings and regret resonates in “Everything Makes sense Looking Back”:

It was the end

When you forgot my birthday

(I should have known)

while the geography of the body is summed up in the sere, unadorned lines of “BODY”:

there in your bed

an archipelago of bones

Camia’s clear and concise lines echo the unsayable and the difficult in trails that simulate the staccato beating of the heart.

“Which is your favorite TTC station?

North to South, East to West, forward and back, the Toronto Transit Corporation (TTC) stations figure prominently in Scarborough poet Adrian de Leon’s poetry collection, ROUGE, that its title could be changed to THE STATIONS OF TORONTO, a meditation on the city’s streets and thoroughfares. 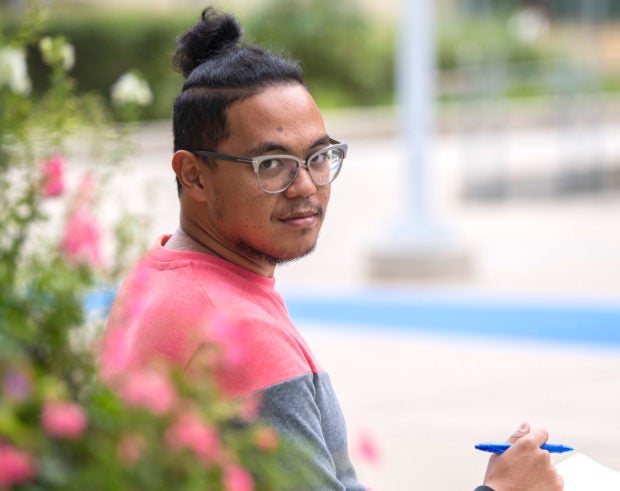 ROUGE is spiky and caustic yet delights in more ways than you could count Toronto the Good’s abundant pleasures, quirks and treasures.

It begins with perfect quatrains from “Kipling,” as if the eminent British poet Rudyard G. himself were moved to write a paean to the station that now forever immortalizes his name for the masses:

O for a muse that grinds these gears—

From arcane shafts, dispel my fears!

This tunnel shaft, to be precise:

It then segues to a postmodernist “Islington”:

waking all to a British Empire general’s stentorian call to his troops. Let the story begin!

As readers navigate the various train stops, they cross boundaries and polyphony of language, culture and countries as only a multicultural megalopolis like Toronto can.

From the irreverent haikus of “Dundas West”:

When in doubt, open

The breadth and variety of poetic forms—ranging from acrostics to free verse to the xeno in “Donlands” (Greek Poem #3)—offer a feast for the eyes and mind, with the young poet-philosopher offering bits of commentary, pun. and wisdom on the provenance of each stop.

The poem, “Spadina: A Chinatown Demographic Distribution,” is at once elegiac as well as questioning:

Shuffling letters, space, diction or word order, De Leon masterfully transgresses ideas of what should be or who should be. Or even where should be.  “Bayview” sits on the page like a void, a beautiful panegyric on the possibility that what we hold dear may be the opposite of it.

In “Greenwood,” the poet steps inside the poem as himself—Adrian—and rues how the street gets a two-star rating on Yelp, while Yonge Street, the longest street in the world, does not. Nor does it have its own poem. Perhaps, the poet muses, it is not because there is nothing to write but because there is too much to write.

De Leon’s ability to dive deeply when chance allows, or to skim to get into the next station, is a study in precision and control of material. If there’s ever a need to quicken your thinking, memory and mood, reading ROUGE from first page to last will help bring your synapses back on track.

Adrian De Leon has just begun teaching as assistant professor of American Studies and Ethnicity at the University of Southern California. Shirley Camia works with UNHCR in Copenhagen.