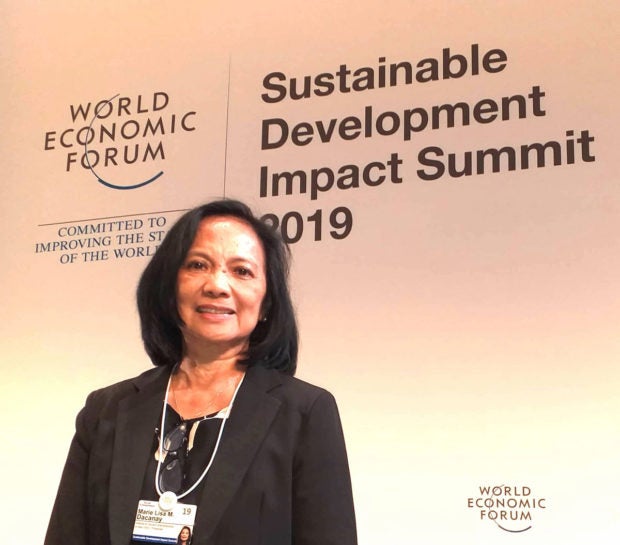 Lisa Dacanay has been fighting for human rights and civil rights for more than 40 years. Last week, she was honored for the great work she’s done in combining social activism and entrepreneurship not just in the Philippines but in Asia.

Lisa was described as “a pioneer in social entrepreneurship education and research in Asia … a coach and mentor of social entrepreneurship practitioners and resource institutions and a bridging leader promoting dialogue and collaboration between the social enterprise sector with government, business, civil society and academe to achieve greater impact.”

It’s a well-deserved honor for a friend.

Lisa  was already a well-known student leader at UP Diliman when I entered the university in 1981, a veteran of the battles for campus rights and against the Marcos dictatorship. Her activism intensified in the final years of the regime, with the alliances that formed the core of the anti-dictatorship movement.

In the post-Marcos years, she pivoted to a different form of activism, focused on rural communities and development based on the principles of social entrepreneurship.

“This does not mean that social entrepreneurs as a hard-and-fast rule shun profit-making value propositions,” a 2007 article in the Stanford Social Innovation Review says. “Ventures created by social entrepreneurs can certainly generate income, and they can be organized as either not-for- profits or for-profits. What distinguishes social entrepreneurship is the primacy of social benefit.”

Lisa and another friend, Isagani Serrano, another veteran activist who died earlier this year, helped turn what to many could be vague, esoteric concepts into reality in the Philippines.

They led the creation of the Institute for Social Entrepreneurship in Asia, turning the Philippines into a major center for social entrepreneurship thinking and action in the region.

Lisa herself discussed what she and Gani had been trying to achieve in her book “Transforming Wealth: Social Entrepreneurs and the Poor.”

“Much has been said about the need for government to lift the poor, and very little about the poor themselves charting their own path to progress, so they may rise from poverty and want, by their own labor and resolve,” she writes.

She acknowledges that social entrepreneurship is still an evolving concept.