Kuzma, who averaged 18.7 points and 5.5 rebounds a game last season for the Lakers, was hurt while he was with the United States team in the run-up to the World Championships in China.

Kuzma was the last player dropped from the squad in August due to the injury. 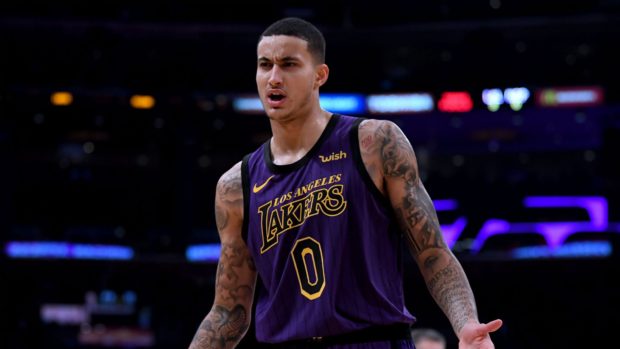 The 24-year-old American is still rehabilitating and has not been cleared for full practice or game participation as the Lakers prepare to open training camp on Saturday.

Doctors are scheduled to give Kuzma an MRI exam when the Lakers return from playing pre-season games next month in China.

The Lakers will face the Brooklyn Nets on October 10 in Shanghai and October 12 in Shenzhen before playing the Los Angeles Clippers on October 22, the opening night of the 2019-20 NBA season. 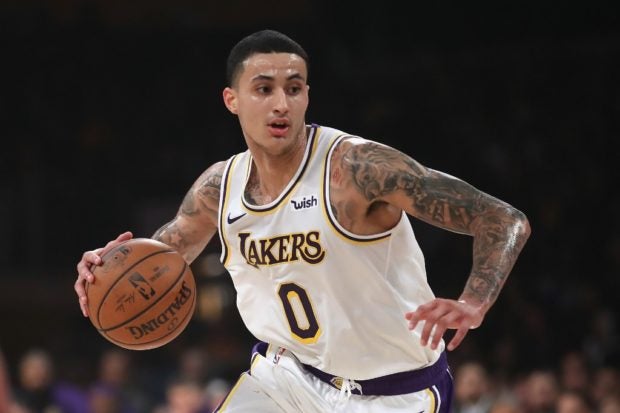 LOS ANGELES, CA – JANUARY 13: Kyle Kuzma #0 of the Los Angeles Lakers dribbles the ball during the first half of a game against the Cleveland Cavaliers at Staples Center on January 13, 2019, in Los Angeles, California. NOTE TO USER: User expressly acknowledges and agrees that, by downloading and or using this photograph, User is consenting to the terms and conditions of the Getty Images License Agreement. Sean M. Haffey/Getty Images/AFP

His status, like that of Kuzma, will be updated once the Lakers return from China.

Another American rookie, forward Jordan Caroline underwent surgery on the fifth metatarsal bone of his left foot on September 6 and will be out 10 to 12 weeks.