A fast start by Danny Willett and a sublime finish by Jon Rahm helped them into a share of the clubhouse lead in the second round at the BMW PGA Championship at Wentworth on Friday.

Danny Willett was 5 under after his first five holes and rolled in three more birdies in a 7-under 65, lifting the former Masters champion atop the leaderboard at the flagship event at the European Tour’s headquarters. 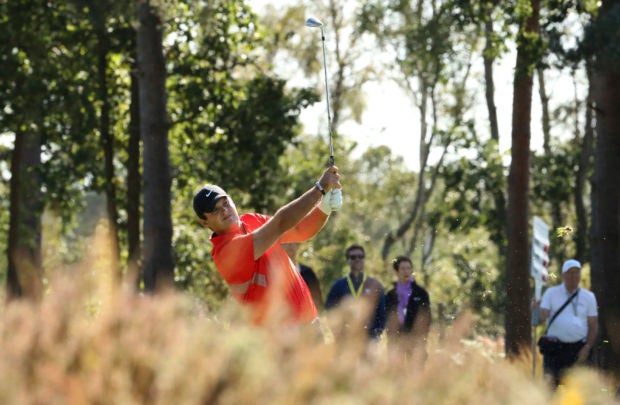 Patrick Reed of the US plays a shot on the 9th hole during the PGA Championship at Wentworth Golf Club, Wentworth, England, Friday, Sept. 20, 2019. (Bradley Collyer/PA via AP)

The Englishman was joined later on 11 under overall by Rahm, who hit his second shot to 10 feet at the par-5 18th hole and made the eagle putt to complete a round of 67.

They were two strokes clear of England’s Justin Rose (68) and South Africa’s Christiaan Bezuidenhout (67), who holed a flop shot over a bunker for birdie at No. 15 in one of the shots of the day.

No. 2-ranked Rory McIlroy was among the players still out on the course in the second round as he battled to make the cut following an opening-round 76 on the BMW PGA Championship. 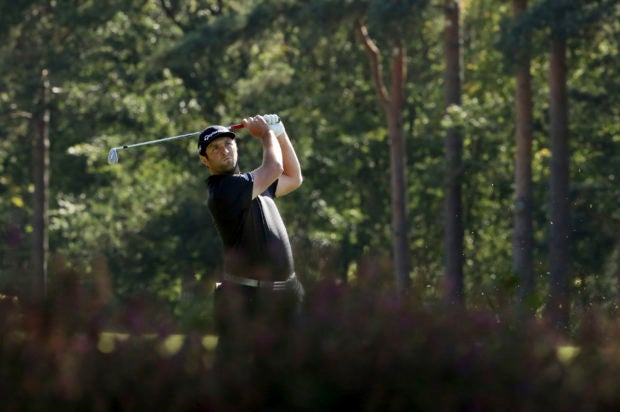