The defensive shutdown complete, Jaguars cornerback Jalen Ramsey shared a hug and private words with A.J. Bouye, D.J. Hayden and a few other members of a Jacksonville defense that won the day in a 20-7 victory Thursday night over the Tennessee Titans.

Hugs of celebration or hugs of farewell?

No one else was sure.

In his first game since demanding a trade, the Jaguars’ troubled but talented shutdown cornerback made it look as though it was business as usual.

Jalen Ramsey heard a smattering of cheers when he jogged onto the field an hour before kickoff right before it started raining and his share of boos during the game.

“He told us he’s out there rocking with us.

We knew it was going to be a different type of energy in the stadium with the fans, but he was able to maintain focus and stay with us.

He could have checked out plenty of times, but he never did.

“He went out and did what he does and just competed.” 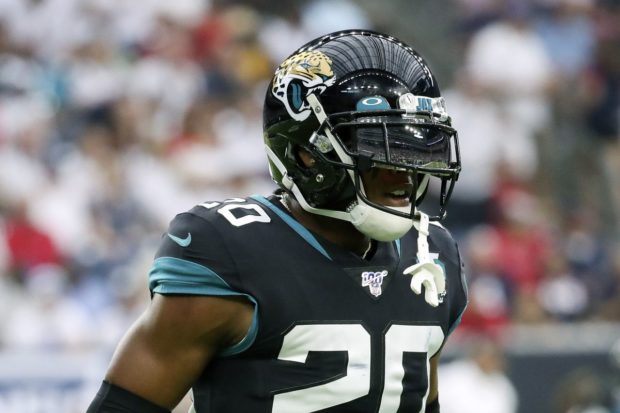 The Jaguars (1-2) now have 10 days to figure out the next step before they play at Denver.

Ramsey, chatting away at receivers on the field, as usual, was in silent mode when it came to talking about wanting out.

“I don’t want to answer any questions about the trade or anything,” he said.

Asked if it felt like a normal game, he said this was in prime time and everything was “a little bit more amped up.”

Ramsey was most animated talking about the defensive front that recorded nine sacks and brought back chants of “Sacksonville” from the Jaguars’ run to the AFC title game two years ago.

“He gives us a better chance,” said Calais Campbell, who recorded three sacks.

Jalen Ramsey was far more clear about wanting a trade in an appearance on the Uninterrupted “17 Weeks” podcast with Nate Burleson, which came out hours before the game.

Ramsey said the trade request stemmed from “some disrespectful things said on their end” in a meeting after the Jaguars’ loss Sunday at Houston.

Ramsey wrote that off to passion and emotion, which happens all over the league.

He held his ground on wanting out of Jacksonville.

“Requesting the trade … it’s kind of been building over time,” Ramsey said on the podcast, which was taped Monday.

“It has nothing to do with my teammates here.

It has nothing to do with the city.

But it’s more so with the front office and the organization.” 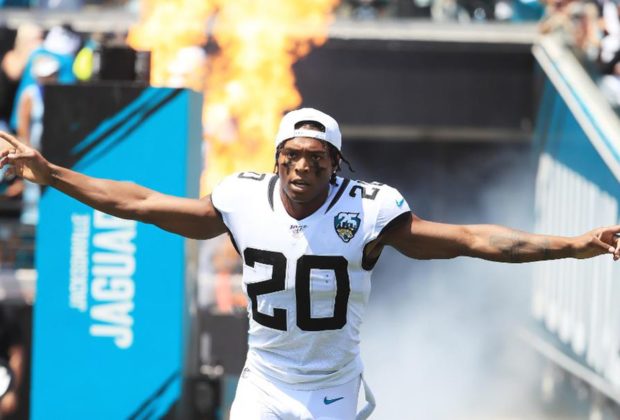 Ramsey said Tuesday neither he nor his agent had anything to do with his trade request becoming public.

He said he didn’t want to be a distraction, but it was all the talk going into the Jaguars’ game Thursday night.

“You got people booing him,” Bouye said.

But he used it as fire.”

Jags owner Shad Khan told the NFL Network, “This is a team sport, and I think I am very sensitive to individual needs.

But we have to do the right thing for the team.”

Ramsey delivered a strong performance in the loss to the Texans, holding DeAndre Hopkins to four catches for 27 yards when he covered him.

He also dropped an interception right in his gut that looked certain to go for a touchdown.

But the moment that stands out was when Marrone didn’t challenge Hopkins’ first-down catch late in the first quarter.

Ramsey yelled at Marrone as he walked off the field.

Marrone responded by getting in Ramsey’s face and screaming.

“I didn’t think much of that in particular because that happens from time to time,” Ramsey said on the podcast.

I felt like that got blew up more than it should have.

He said he had moved beyond that until after the game.

He didn’t say who met with him from the Jaguars, only that he didn’t like what was said.

“Some disrespectful things were said on their end that made me definitely walk out and call my agent as soon as I walked out,” Ramsey said.

My time is up here in Jacksonville.’

I said I want to ask for a trade.

I was truly at peace like I wasn’t in a mindset of making a decision while I was angry.

I was completely calm.

I still stand by that decision, asked for a trade.”

Bouye said their embrace after the game was special, even if he wasn’t sure where it would lead.

“It’s going to be a long weekend seeing what happens.”