The 22-year-old missed training camp during the weekend as negotiations continued.

He posted a photo of himself in a Canucks jersey on Instagram after the deal was announced, with the caption: “Excited to be back, can’t wait to get going! See you soon #cominghome.”

The Canucks opened their preseason schedule Monday night against the Calgary Flames in Victoria and will host the Edmonton Oilers in Vancouver on Tuesday. 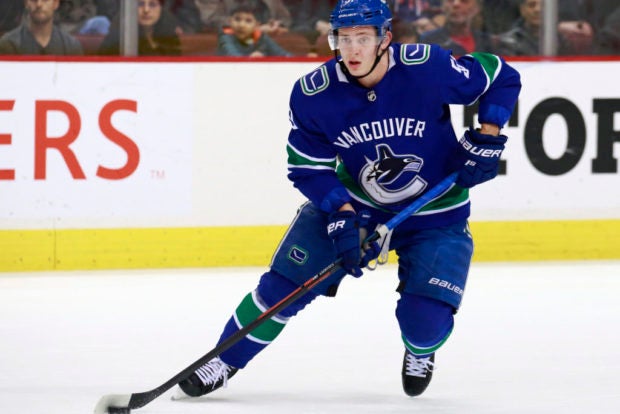 VANCOUVER, BC – MARCH 13: Troy Stecher #51 of the Vancouver Canucks skates up ice during their NHL game against the New York Rangers at Rogers Arena March 13, 2019 in Vancouver, British Columbia, Canada. (Photo by Jeff Vinnick/NHLI via Getty Images)

Canucks GM Jim Benning said before Monday’s game that he was “extremely excited” to get a deal done.

“We’ve been working on this for the last three to four months,” he said.

“We found we had a lot more in common doing a short term deal.”

Benning said the two sides discussed a long-term contract but the three-year package was where they settled.

“He’s one of our core young players we want to build our team around,” he said.

Boeser, a native of Burnsville, Minnesota, was the club’s third-leading scorer last season with 26 goals and 30 assists in 69 games.

Selected 23rd overall by Vancouver in the 2015 draft, Brock Boeser was an NHL All-Star Game MVP in 2018 and a finalist for the Calder Trophy in the same season, despite a broken back cut short his rookie campaign.