Project Sunlight: Podcast on missing and murdered Filipinas in America

Project Sunlight: Podcast on missing and murdered Filipinas in America Project Sunlight takes its inspiration from the MMIW (missing and murdered indigenous women) movement as a podcast focused on untold stories of true crimes, whose victims are minority women.

There are more than 4 million Filipinos in the United States; as a demographic, Filipinos are the third-largest Asian American subgroup after Chinese and Indian Americans. Despite the rich multi-generational history of Filipinos in America and rapid growth in immigration, Filipinos are chronically underrepresented in mainstream media and culture. As a consequence, Filipino women who have disappeared or died as a result of violent crime have been woefully ignored.

Filipino Americans are fast becoming the dominant ethnic minority in states such as Hawaii and California due to immigration and high birth rates, although the overrepresentation of Filipino women as victims of intimate partner violence (IPV) is largely unknown to the general public. Studies that have highlighted these alarming discoveries among Filipino American communities are still too few and far between.

Challenges to the research on IPV in Filipino American communities include the need for ethnic data disaggregation in the data collection process, as well as a lack of language resources for non-native English speakers. 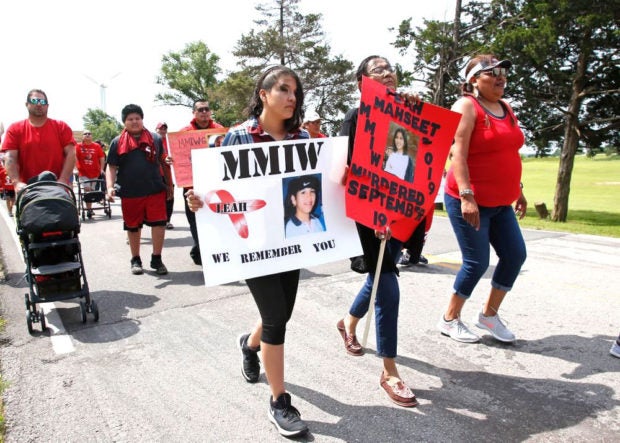 A march for missing and murdered indigenous women. AP PHOTO

Additionally, there are rampant data disparities within existing databases such as missing or incomplete records and misclassification of victims by race or ethnicity.

Project Sunlight will appeal to audiences who are looking for an in-depth podcast that dares to examine how colonization, foreign policy, immigration, and institutionalized oppression has created an epidemic of missing and murdered Filipino American women.

As the first-ever show of its kind, Project Sunlight is a groundbreaking new venture that will draw the listener into a world where true crime and social sciences intersect.

The podcast will ultimately provide a bedrock of information from which Filipino American communities and the greater public can glean, but its broader goal is to promote a culture of awareness around the epidemic, leading to a reduction in incidences.

Listeners can expect that ‘taboo’ subjects such as intimate partner violence, divorce, immigration status, sexual assault, intergenerational trauma, and mental health will be covered through the lens of the Filipino as a Filipino American hosted show.

The victims documented in the database range in age, background, and circumstances, but what they all have in common is that they were daughters, sisters, aunts, mothers, and grandmothers whose stories must be told.

I hope that this podcast can lead by example in its mission to promote awareness and healing, inspiring others to be active participants in this important initiative.

Rissa Magayon is a Filipino American ethnic studies scholar and podcaster based in the Washington, DC area with roots in Albay.