The indictment, which was unsealed in federal court in Illinois, alleges the traders were involved in a racketeering conspiracy that prosecutors say spanned eight years and involved thousands of transactions.

Those charged include Michael Nowak, 45, of Montclair, New Jersey, who ran the global precious metals desk, Gregg Smith, a 55-year-old JPMorgan trader living in Scarsdale, and Christopher Jordan, 47, of Mountainside, New Jersey, who left JPMorgan in 2009.

Prosecutors allege the men worked with co-conspirators to commit widespread market manipulation, fraud, and spoofing by placing bids with no plan to fill them to impact the market.
They are accused of harming JPMorgan’s clients and others in the market, prosecutors said. 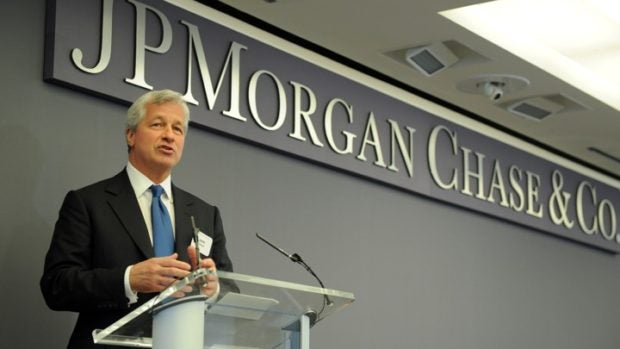 “Today’s announcement involves the alleged manipulation of gold, silver, platinum, and palladium futures prices, by executives and traders, at one of this country’s premier financial institutions, Assistant Attorney General Brian Benczkowski told reporters Monday.
“These precious metals are widely used for investment and industrial purposes, and they are key benchmarks for the U.S. economy.”

“In thousands of trades, they placed orders they did not intend to execute in an effort to create liquidity and drive prices toward orders they wanted to execute on the opposite side of the market,” he added.

Benczkowski said the Justice Department had several cooperating witnesses including other JPMorgan employees in the case and used data analysis to identify suspicious trading patterns.

The three men were awaiting court appearances on Monday afternoon in New York and New Jersey.
An attorney for Nowak said his client had done nothing wrong.

“We look forward to representing him at trial and expect him to be fully exonerated,” his attorneys, David Meister, and Jocelyn Strauber said in a statement.

The names of Smith’s and Jordan’s lawyers weren’t immediately available.