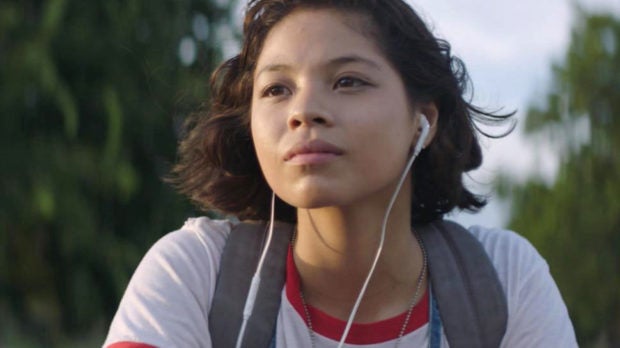 NEW YORK — Fifteen years ago, Diane Paragas had the dream of filming the story of a 17-year-old Filipina who grows up in Texas. She loves country music like any Texan teenager does, but because she is an unauthorized immigrant, she encounters all the problems that come with her status especially when her mother is arrested by the U.S. Citizenship and Immigration Service.

For 10 years, Diane filmed documentaries for PBS, Discovery Channel, Showtime and other independent outlets. In between, she began to write the script of “Yellow Rose” on and off. The title came from a nickname given to the main character, Rosario Garcia, by her classmates. “Yellow Rose of Texas” was a song popularized by Elvis Presley in the ‘60s.

Diane grew up in the provincial town of Lubbock, Texas. Her parents – internist father and pediatrician mom —   found work at Texas Tech University Medical School through the help of a classmate at medical school. Although Diane and her brother were born in the U.S. while their parents were studying, the family went back to the Philippines to practice medicine.

In 1972, Martial Law changed their lives.

One night while they were having dinner in a restaurant, a group of young people rushed inside trying to evade the soldiers running after them. As the soldiers searched the restaurant, the Paragas family was terrified. Diane was three years old, her brother was four, and their youngest brother was just a baby. When the soldiers left having found none of the activists, her parents breathed a sigh of relief because one of the young men was hiding under their dining table with a revolver in his hand. That made her parents decide to leave the Philippines because they did not want their children to live under Martial Law conditions.

Where Diane grew up in Lubbock City, she was one of the few Filipinos in her school.

The idea to produce “Yellow Rose” remained an idea until about eight years ago when Diane, together with Cecilia Mejia, the lead producer, received the first funding of $5,000, donated to the not-for-profit Asian CineVision as a tax deduction.

A lot of the immigration research and fundraising was actually the work of Cecilia, a non-profit professional, who helped raise half a million for the film project. Then, they were able to sign the Broadway star Eva Noblezada, Tony-nominated for “Miss Saigon” and “Hadestown”; the Tony Award and Olivier Award-winning actress Lea Salonga of “Miss Saigon”; and actress Princess Punzalan, who began on television (“The Story of Us”). (Full disclosure, my daughter Leslie Lewis has a short role in the movie as an immigration officer.)

It took another five years to raise the rest of the funds, which enabled them to shoot for four weeks in Texas and one day in Manila.

At the time of fundraising, Diane heard different suggestions on how to make the movie attractive to film investors. It should not be about country music. Or not in Texas. Or not about immigration. Definitely not about Filipinos living illegally in America. She remained adamant the film would be about a Filipino teenager who lovescountry music but lives without legal papers in Texas.

It premiered recently at the Asia Society in New York.  The theater was standing room only where I saw it with my daughter, Leslie, and my niece, Lora Nicolas Olaes. We laughed and we cried and we swayed with the country music and we were thrilled and scared for the protagonist Rose.  A standing ovation ensued at the end of the film.

Many in the audience were proud that for the first time, a Filipina American director got her idea on film and made an authentic, sympathetic and true-to-life story of an undocumented Filipino American Dreamer.

The film screens in competition at the Urbanworld Film Festival at AMC Theater on 42nd Street on September 21. @ The FilAm 2019