The Jesuit ‘black pope,’ Lucifer, and the Magisterium 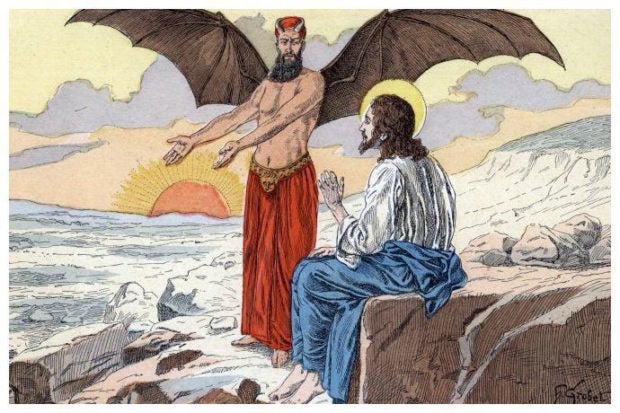 “Morningstar” is the English word for Latin “Lucifer.” Of course, Netflix’s 2016 Lucifer TV series was meant for our entertainment, but not the real Lucifer, the devil, who “prowls around like a roaring lion looking for someone to devour” (1 Peter 5:8).

Fr. Arturo Sosa, SJ, Superior General of the Society of Jesus, a.k.a. “the black pope,” who is BTW a political scientist by education, made Catholic headlines this month when he insisted that “the devil is a symbol and not a person.”

In reaction, the International Association of (Catholic) Exorcists said Fr. Sosa’s remarks were “grave and confusing” as it maintained that the existence of Satan as a real person, who made a personal choice of rebellion against God, is a truth of the Christian Faith.

The exorcists asserted that the devil, once a good angel, is a personal and immortal creature who possesses “intelligence and will” (citing the Catechism of the Catholic Church, 330).

American scholar John Foreman, writing in 1906, made his own assessment of the Society of Jesus: “The Jesuits… are very superior men, and their fraternity includes a few, and almost the only, learned ecclesiastics who came to the colony (Philippines).”

In the 16th-century Europe, the Jesuits were known to be the guardians of the counter-reformation. Any Jesuit, in fraternal jest, would say that Martin Luther was Augustinian and the whole Protestant Reformation started with the preaching of Johann Teztel, a Dominican, who was made infamous by the ditty attributed to him:

Yet, the ultra-progressive-liberal tendencies of some have led to a tense relationship between Jesuits and the Sacred Magisterium, a few of them questioning in controversial tones certain official Church teachings, such as those on women ordination, birth control, homosexuality, and same sex marriage.

The rectors of the two elite Jesuit schools in Australia, Fr. Chris Middleton, SJ, of St Ignatius’ College in Sydney and Fr. Ross Jones, SJ, of Xavier College in Melbourne sided with moral ambiguity when they indicated that same-sex couples have rights to marry “for the same reasons as their opposite-sex counterparts.”

Fr. Joaquin Bernas, SJ, a doctor of civil law and a member of the 1987 Constitutional Commission, publicly supported the Reproductive Health (RH) law and, at one time, called other bishops and priests who campaigned against it “irresponsible.” Fr. Emeterio Barcelon SJ, once commented that “Dirty Harry” Duterte could bring peace to restive Mindanao, while Fr. Joel Tabora, SJ, voted for Duterte in 2016, even after the latter cursed Pope Francis.

Don’t get me wrong. I subscribe to what John Foreman wrote in 1906 and I admire many of my Jesuit friends. My problem is that I cannot wipe from my mind how Oxford, Collins, Merriam-Webster English dictionaries define “jesuit” in the lowercase, that is, “crafty, intriguing, or equivocating.”

Meanwhile, I stick to the age-old solid teachings of the Sacred Magisterium, grounded on the Scriptures and handed on to us through Sacred Tradition. Call me orthodox or conservative, but it’s doctrinally and morally safer.