Cargo ship with 13 Filipinos aboard overturns off Georgia port

Cargo ship with 13 Filipinos aboard overturns off Georgia port 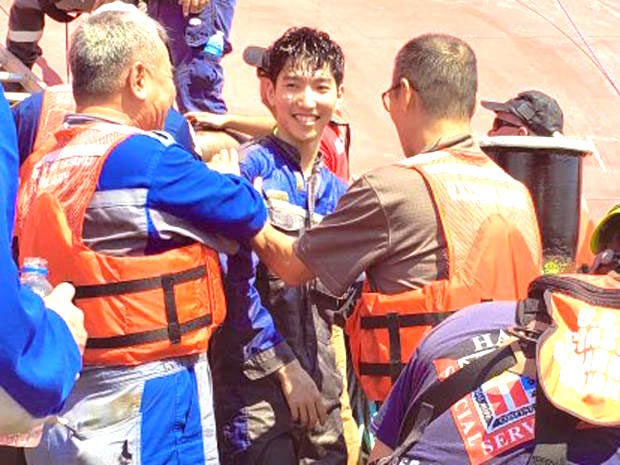 A crew member of the cargo ship Golden Ray is helped off the capsized ship September 9, 2019.

Rescuers plucked three South Korean crew members from a room in the hull near the ship’s propeller and were working on removing the last one.

At least two of the men who were extracted from a hole drilled in the hull of the Golden Ray were able to walk with assistance down to a waiting boat. All three were being examined by medical personnel. 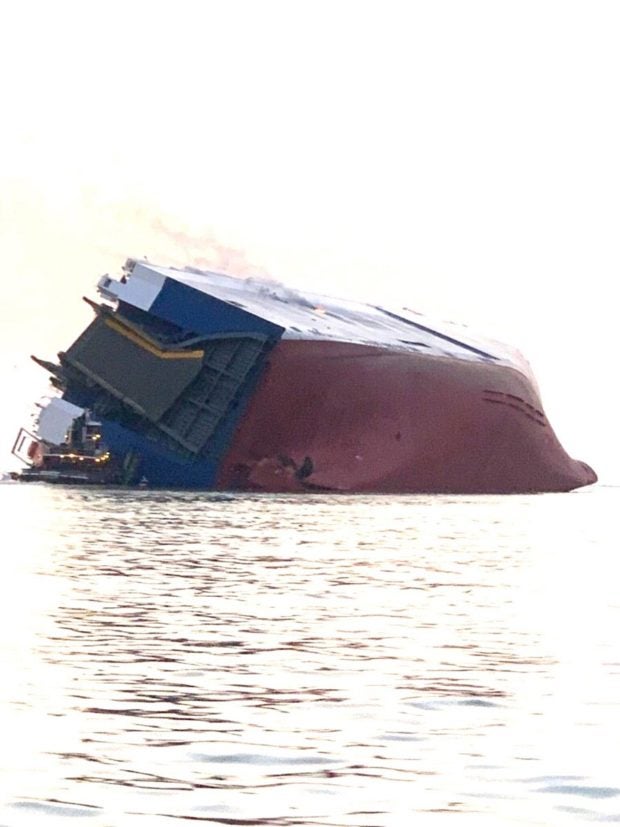 The three men have seen the fourth person, who was trapped behind glass in the ship’s engineering compartment. Marine engineers were working on a plan to get him out.

Ten South Koreans and 13 Filipinos reportedly had been on board, along with a U.S. harbor pilot, when the ship began tilting. In the hours immediately following the accident, the Coast Guard lifted 20 crew members into helicopters before determining it too risky to venture further inside.

Rescue efforts broke off Sunday after responders determined a fire aboard the ship made it too dangerous to go inside. They were also concerned about the stability of the ship, which was carrying 4,000 automobiles, some of which may have broken loose.

The flames were extinguished, but the huge ship was listing at nearly 90 degrees.

The 656-foot vehicle carrier was stuck in Georgia’s St. Simons Sound, closing one of the busiest U.S. seaports for shipping automobiles.

The ship departed the dock in Brunswick shortly after midnight and was underway only 23 minutes before its movement stopped in the mouth of the harbor where it capsized, according to satellite data recorded by the ship-tracking website Marine Traffic.

The cause of the capsizing remains under investigation.

Marine Traffic shows the Golden Ray overturned as it was passed by another car carrier entering St. Simons Sound. At the time, the skies were clear and the weather calm, with a southerly breeze of only 5 mph, according to National Weather Service records.

Many of those rescued were taken to the International Seafarers’ Center in Brunswick.