2 Filipinos spared from deportation due to PH war on drugs

2 Filipinos spared from deportation due to PH war on drugs SAN FRANCISCO — Two Filipino immigrants, who served jail terms for drug offenses but were apprehended by the Immigration and Customs Enforcement (ICE) agents and placed on deportation proceedings, were recently granted protection under the  Convention Against Torture (CAT) because they are potential targets of President Rodrigo Duterte’s lethal war on drugs.

One immigrant was immediately released after an immigration judge’s CAT ruling while the other remains in custody pending the written decision of the judge that could withstand an impending appeal of ICE against the still detained convict.

The two grateful Filipinos living in San Francisco chose to remain unidentified. Both men have families, are indigents and in their mid-30s. They are green card holders who were represented for free by legal advocacy group for Asians in San Francisco.

Their lawyer, Kevin Lo, is a staff attorney in the Immigrant Rights Program of the Asian Law Caucus. Lo chanced upon the two men when he visited the San Francisco immigration detention center and realized that the two Filipinos needed representation, as most people in immigration detention are usually not legally aided enough.

“In evaluating the cases of the two Filipinos clients, we learned about the situation in the Philippines with President Duterte’s drug war. And when we realized that they had claims for protection under the Convention Against Torture, we decided to take their cases because we know the situation is pretty serious,” Lo shared. 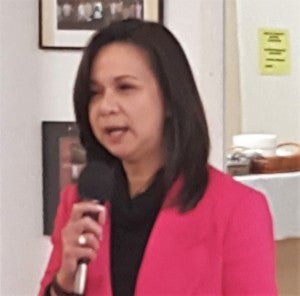 Eminent immigration lawyer Lourdes Tancinco notes that the view of the outside world on the controversial death toll in the war of drugs has an impact on the fate of Filipinos abroad. INQUIRER/Jun Nucum

“We decided to make the argument that drug addicts who are deported to the Philippines has a more then 50 percent chance to be added to government watch lists and subsequently killed,” Lo explained.

Asian Law Caucus sought the help of Vicente Rafael, professor of history in the University of Washington, specializing in Southeast Asian history. “Rafael became our source for the condition in the Philippines particularly the drug war being waged by President Duterte,” Lo said.

Rafael’s declaration together with another expert’s statement proved very helpful in securing the detainees’ protection from the judge.

“We [also] submitted a big stack of articles and pictures to show that in the Philippines drug convictions typically equal torture and death,” Lo explained. “If we haven’t been able to submit the country condition confirmation that intended to show that the government’s (drive against drug offenders) is true, the ruling may not have been granted and they could have been deported.”

Rafael is scheduled to testify by phone on another case, in Tacoma, Washington, largely along the same lines. Nearby Seattle was where an earlier case employing the CAT appeal protection lost. 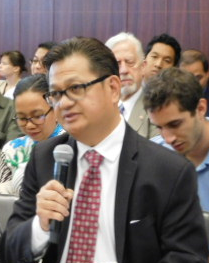 Lo wants to make clear though that the CAT is usually the last thing that people try for because it doesn’t lead to any legal status; one can still be deported when conditions change. It is also not granted very often.

“For our clients, the judge said he won’t be deporting our clients. But once Duterte is no longer in power and the drug war is no longer happening, they can be deported. So, CAT is an acknowledgement that you are deportable, but for human rights reason, you are not going to be for now,” disclosed Lo.

He says its a form of relief that applies to other people in other countries with dangerous condition of human rights. “The Duterte situation is so extreme, so rare that the head of state will be so explicit and proud that he killed so many people that started back when he was mayor of Davao City.”

Lo also stressed that the U.S. deportation system is so unfair because even if immigrant convicts spent only a few months in a U.S. prison, they are being deported even for drug crimes that are not serious.

“Current U.S. immigration law punishes drug crimes very heavily. It is kind of funny that we are criticizing Duterte for his war on drugs, while the U.S. war on drugs, although not be as bad, is pretty extreme too,” Lo lamented. 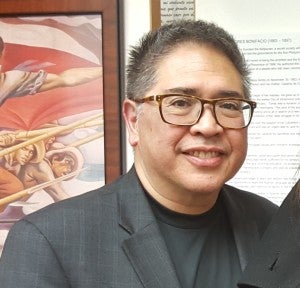 Vicente Rafael, professor of history in the University of Washington, offered testimony that helped two immigrants be  spared from deportation. INQUIRER/Jun Nucum

However, he contended that “this ruling is a legal aberration and not the prevailing case law in almost all immigration courts in 50 States. For the last decade, based on specific and unique removal issues faced by Filipino immigrants, I have been successful in obtaining asylum alleging fear of even torture under the Aquino and Arroyo regimes.”

Most likely, these liberal rulings will be appealed by the government because the fact is, under the drug policy of the Duterte administration, drug addicts who surrender and are not engaged in selling drugs and other criminal activities are sent to rehabilitation centers for treatment and drug rehabilitation.”

Duterte critic and seasoned litigator Ted Laguatan says that the present Philippine government has developed a global reputation for being engaged in state-sponsored extrajudicial killings and human rights violations.

“Numerous documented reports and graphic pictures of Filipinos brutally murdered by police elements and so called ‘vigilantes’ many of whom are also police elements dressed in civilians, have been published in international publications. More than 8,000 killed since President Rodrigo Duterte sat in office,” reasoned Laguatan.

Laguatan says that while government apologists continue to deny that these killings are state-sponsored, there are so many recorded footages of President Rodrigo Duterte delivering speeches urging the police to continue with these killings and assuring them of his protection.

‘Duterte behind the killings’

“Anyone with a modicum of intelligence knows that Duterte is behind these killings as the styles or modes of executions are the same as those used by the notorious Davao Death Squad reputedly headed by Duterte when he was Mayor of Davao City. Moreover, the more than 8,000 killings are self-evident. They would not have happened if Duterte were not President. As such, more Filipinos in removal proceedings in Immigration Court will be using the United Nation’s Convention Against Torture (CAT) to prevent their removal,” Laguatan opined. 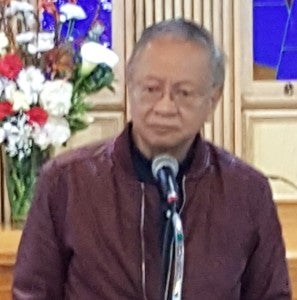 Another eminent immigration lawyer Lourdes Tancinco noted that with the current social political environment in the Philippines, the view of the outside world on the controversial war of drugs has an impact on the fate of Filipinos abroad.

“I am not surprised that it had reached the immigration courts involving Filipinos who are facing removal. It would not be difficult to find sufficient evidence for protection under the Convention Against Torture (CAT) Act considering that substantial and factual information is available in regards to the increasing number of death of people involved in illegal drugs. The courts can rely on expert opinion or organizations like the UN Commission on Human Rights,” Tancinco said.

Tancinco noted that the challenge in employing CAT is proving whether the abuse is inflicted by, or at the instigation of, or with the consent or acquiescence of, a public official or any person acting in an official capacity.