NEW YORK — Ysabel Simon opened her first solo art exhibit entitled “Meeting Rosie” at the Philippine Center on Fifth Avenue Monday, and it will be on until September 20.

The exhibition will feature her collection of works, including a new series of oil portraits and lithographs.

The new series was done under the guidance of two prominent American artists: figurative and landscape painter Bruce Lieberman and mixed media artist Howardena Pindell, known for her work that explores issues of racism, feminism, and violence, among other themes. 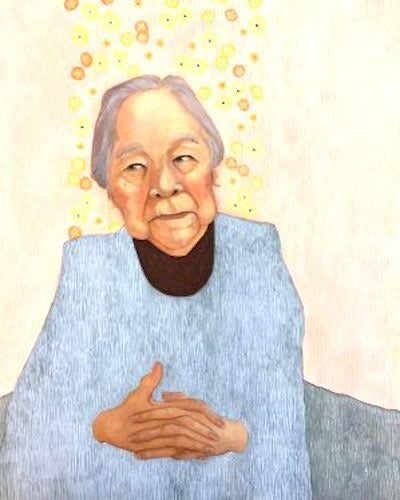 She is also the niece of Philippine National Artist for Visual Arts, Benedicto Cabrera better known as BenCab.

At 21 years old, Simonl has done a lot of traveling. She has lived and studied in the Philippines, Sydney, and the Northeast of U.S. in New Jersey and New York. She also studied in France, Spain, and Italy. This has fostered her interests in languages, history, culture, and art. ‘

She demonstrated a love for the fine arts at a young age. When Ysabel graduated from Chatham Middle School in New Jersey, she was awarded with an Outstanding Achievement in Fine Arts. That summer of 2012, she enrolled at the Art Students League of New York in Manhattan and the Bridgeview School of Fine Arts in Queens.  She then auditioned in August 2012 at the world famous Fiorello H. LaGuardia High School of Music & Art, and Performing Arts in New York City.

During her senior year at LaGuardia, Simon’s oil painting entitled “Tinik” (fishbone in Tagalog) won a New York City-wide art competition. As a result, her oil painting was exhibited in the New York Metropolitan Museum of Art from June to October 2016. The image of her oil painting was shown on giant electronic screens in Times Square every top of the hour for one whole week. 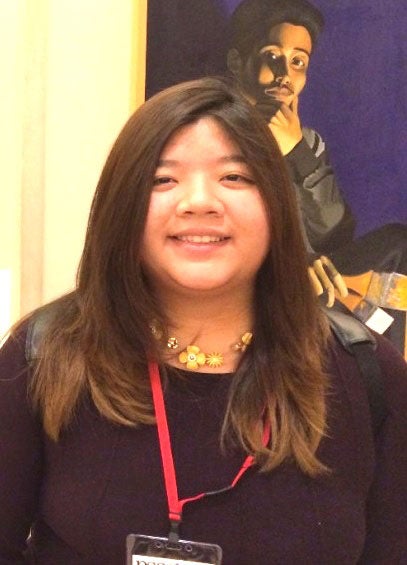 Since then, Simon has taken part in exhibitions in the Philippines and Long Island, New York, and also worked on illustrations for a book and album. She is currently finishing her college degree with triple concentration on fine arts, business, and Asian and Asian-American studies at Stony Brook University in Long Island, New York.

When her art was featured in Times Square, she paid the ultimate homage: “God will forever be the greatest artist mankind will ever be able to witness, and He just so happens to be the one who created me to be able to make art.”