Serena Williams Makes It into the US Open Semifinals

Roger Federer’s potential path to the U.S. Open final no longer includes nemesis Novak Djokovic or anyone else who ever has beaten him on a hard court, for that matter. Federer is 26-0 on that surface against the players left on his half of the bracket, as Serena Williams rolls into the US Open Semifinals

The next step for the five-time champion at Flushing Meadows is a quarterfinal against unseeded Grigor Dimitrov.

The other men’s quarterfinal on Day 9 of the Grand Slam tournament is No. 5 Daniil Medvedev against No. 23 Stan Wawrinka, who advanced when defending champion and No. 1 seed Djokovic retired from their fourth-round match because of a painful left shoulder.

Federer is 6-0 against Dimitrov on hard courts and, should he move on, would bring unbeaten records on the surface into a semifinal against either Wawrinka (17-0) or Medvedev (3-0).

Wawrinka, who won the 2016 U.S. Open, faces maybe the most in-form player on tour at the moment in Medvedev, who leads the ATP with 48 wins and is 9-0 in quarterfinals this year.

Serena Williams tries to get back to the semifinals when she plays the first-time quarterfinalist Wang Qiang, while No. 5 Elina Svitolina meets No. 16 Johanna Konta. 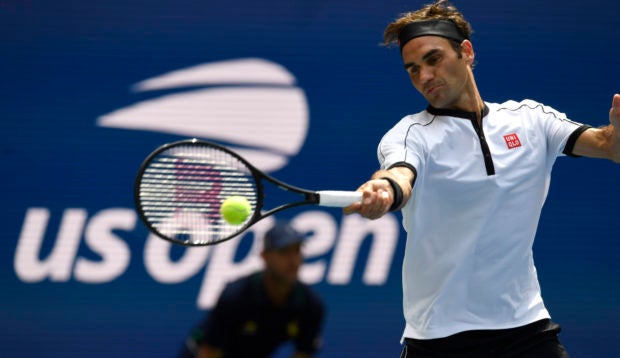 Roger Federer, of Switzerland, returns to David Goffin, of Belgium, during the fourth round of the US Open tennis championships Sunday, Sept. 1, 2019, in New York. (AP Photo/Sarah Stier) 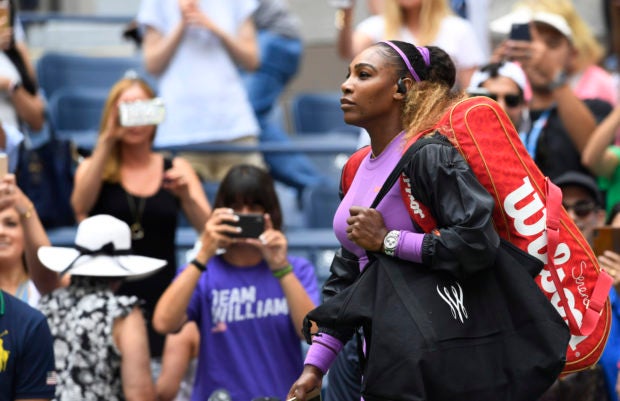 Serena Williams walks onto the court as she prepares to warm-up prior to her round four matches at the US Open tennis championships Sunday, Sept. 1, 2019, in New York. (AP Photo/Sarah Stier)

STAT OF THE DAY

42 â€” Years since the last time a man from Italy reached the quarterfinals at the U.S. Open;

Matteo Berrettini is the first to do so since Corrado Barazzutti in 1977.

QUOTE OF THE DAY

“I honestly didn’t move well today. Do you know what I mean? I felt like I was always flat-footed.” â€” Defending champion and No. 1 seed Naomi Osaka, who was hampered by her left knee in her loss to Belinda Bencic.